Firefighters reunited an 80-year-old man with his pet cat after a fire broke out at his mobile home in Goleta on Tuesday.

It happened at about 10:50 a.m. at the Santa Barbara West Mobile Home Park on Winchester Canyon Road.

According to the Santa Barbara County Fire Department, firefighters arrived to find smoke coming from the home and determined the fire was underneath the structure. They were able to knock down the flames in about 15 minutes. 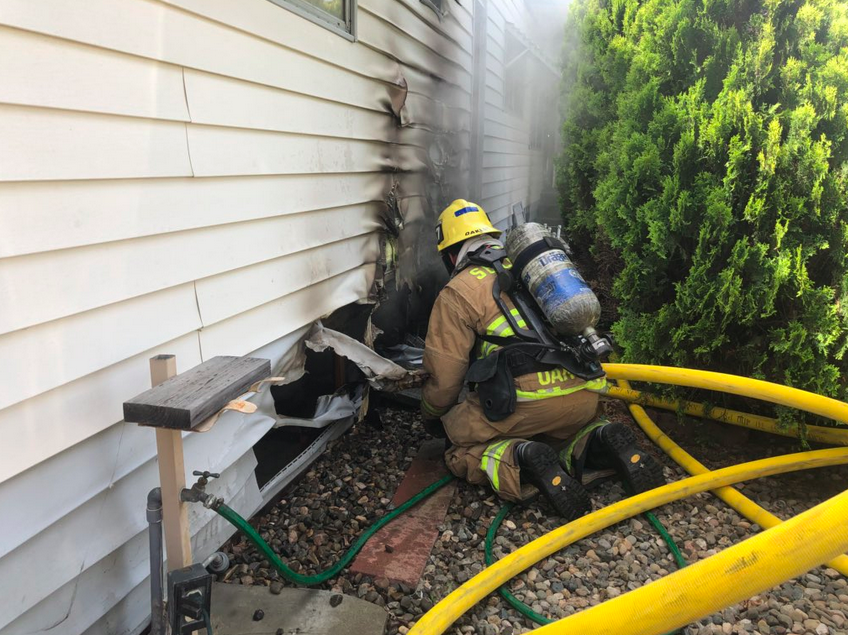 The man who lives in the home suffered minor smoke inhalation and some cuts and bruises but was reportedly more concerned about the welfare of his cat.

Firefighters found the cat hiding in a shed. It was reportedly in good condition. 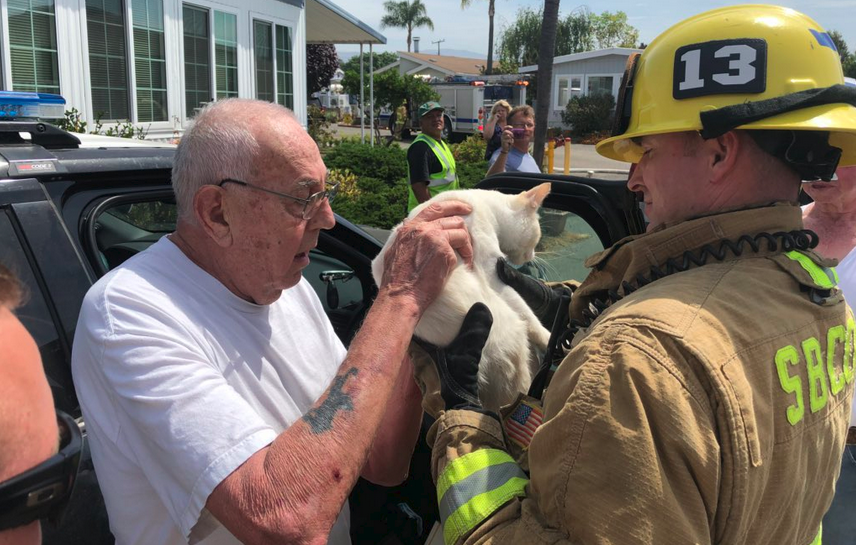 A firefighter reunites the victim of a house fire with his cat. (Photo courtesy Mike Eliason/Santa Barbara Co. Fire Dept.)