UPDATE (9 a.m. Thursday) – The base says all soldiers involving in the incident Wednesday night have been released to their units, including the four who were hospitalized.

UPDATE. All 22 Soldiers involved in the training incident have been released to their units. That includes the four Soldiers who were evacuated to area hospitals last night. We are conducting a press conference and will provide updates following.

Fort Hunter Liggett is in Monterey County. The sprawling base is the largest U.S. Army Reserve Command post.

UPDATE (11:15 p.m.) – Three tweets from base provide a little more detail on what happened:

Approx. 9:30 pm, a U.S. Army UH-60 Blackhawk helicopter landing’s rotor wash blew over a tent structure and injured a number Soldiers. There are NO FATALITES reported at this time. First responders on site report there are 22 injuries. 1/3

UPDATE (11:10 p.m.) – Fort Hunter Liggett posted to Facebook that 22 people were injured. Two of them are being cared for locally at Twin Cities Community Hospital in Templeton. Most of the injuries are minor, the base reports.

UPDATE (11 p.m.) – The Associated Press reports up to 30 people were injured in the tent collapse.

UPDATE (10:30 p.m.) –  CAL FIRE SLO spokesman Chris Elms says his units on the way to the scene have been canceled, meaning the base believes it can handle the emergency with the crews already on site.

Phillips is refuting reports that people were killed. She says her sources on scene have not reported any fatalities. 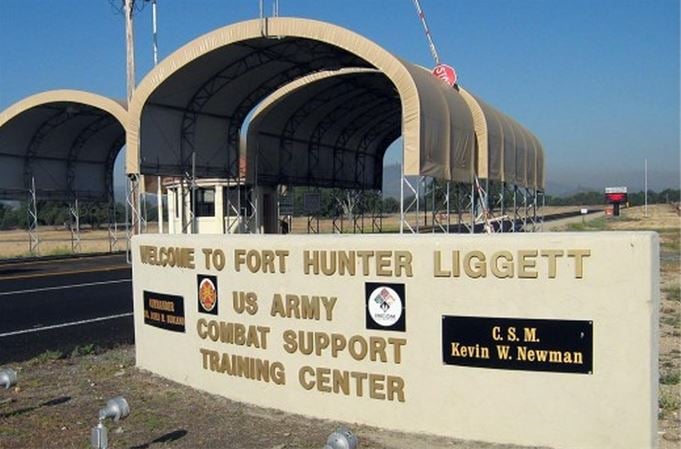 KSBW reported a building collapsed, killing three people and possibly more, according to the Greenfield Fire Department and Monterey County Sheriff’s Office. Those details were not confirmed by the base. Many more people are said to be injured.

Fort Hunter Liggett requested urban search and rescue teams to help. CAL FIRE SLO spokesman Chris Elms said both of his agency’s heavy rescue units were called up —  one from north county and one from the airport in San Luis Obispo.

"They’re requesting as many people as they can get," Elms said about the initial call for help shortly after 9 p.m.

KSBY News has reached out to Fort Hunter Liggett for details.

The emergency comes at a time when thousands of U.S. Army Reserve, Army National Guard, U.S. Air Force, U.S. Navy, and Canadian Armed Forces are participating in an annual Combat Support Training Exercise on base.

"CSTX ensures America’s Army Reserve units and Soldiers are trained and ready to deploy on a moment’s notice, bringing capable, combat-ready, and lethal firepower in support of the Army and our joint partners anywhere in the world," Public Affairs Officer Amy Phillips said in a statement released Monday.

This is a developing story.