After nearly two decades of planning, a new housing development in San Luis Obispo is one step closer to welcoming families.

Righetti Ranch, named for the Righetti family, will be a large scale housing development with as many as 1,000 homes on the 165.3-acre plot of land.

Travis Fuentez, a project developer and principal with Ambient Communities, said the project has seen some changes since it first hit the drawing board in 1998.

Phase one, which included rough grading and underground utilities, was just finished within the past week and developers are onto the next of three phases.

The neighborhood is set for SLO’s southeastern edge, an area that Fuentez calls prime real estate.

"It’s the best area in the city, (considering) the climate and weather and school districts there," said Fuentez. "The proximity to Damon Garcia Park in addition to the parks we’ll have in our community. Von’s shopping center is there. Everything is within walking and biking distance."

Fuentez said the neighborhood will feature creeks and will also have several parks of its own. 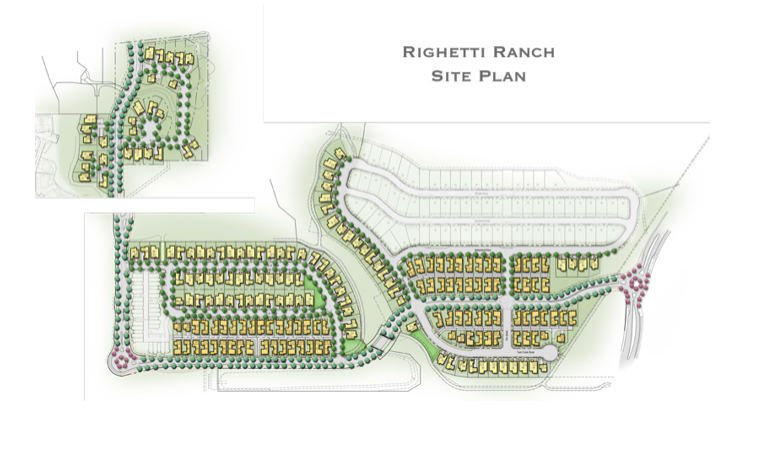 The ranch will include creeks and parks (Williams Homes)

An affordable housing component of the development is a partnership with People’s Self-Help Housing, which is building a 55-unit apartment complex.

Williams Homes said on its website that it expects residents to move in by the end of the year; however, Fuentez said he doesn’t expect the neighborhood to be occupied until 2019.