UPDATE (5:55 p.m.) – The fire is now 35-percent contained and all evacuations have been lifted.

A look at the #windmillfire from Bobcat Spring Rd in Buellton. Evacuation *warnings* in place for Bobcat Springs community. Containment about 20% pic.twitter.com/PZOyVYSurP

The fire has burned 110 acres and is 20-percent contained.

UPDATE (4:25 P.M.) – While officials have not yet commented on the cause of the fire, crime scene tape was being put up around a tractor seen near charred ground on private property off Highway 246. 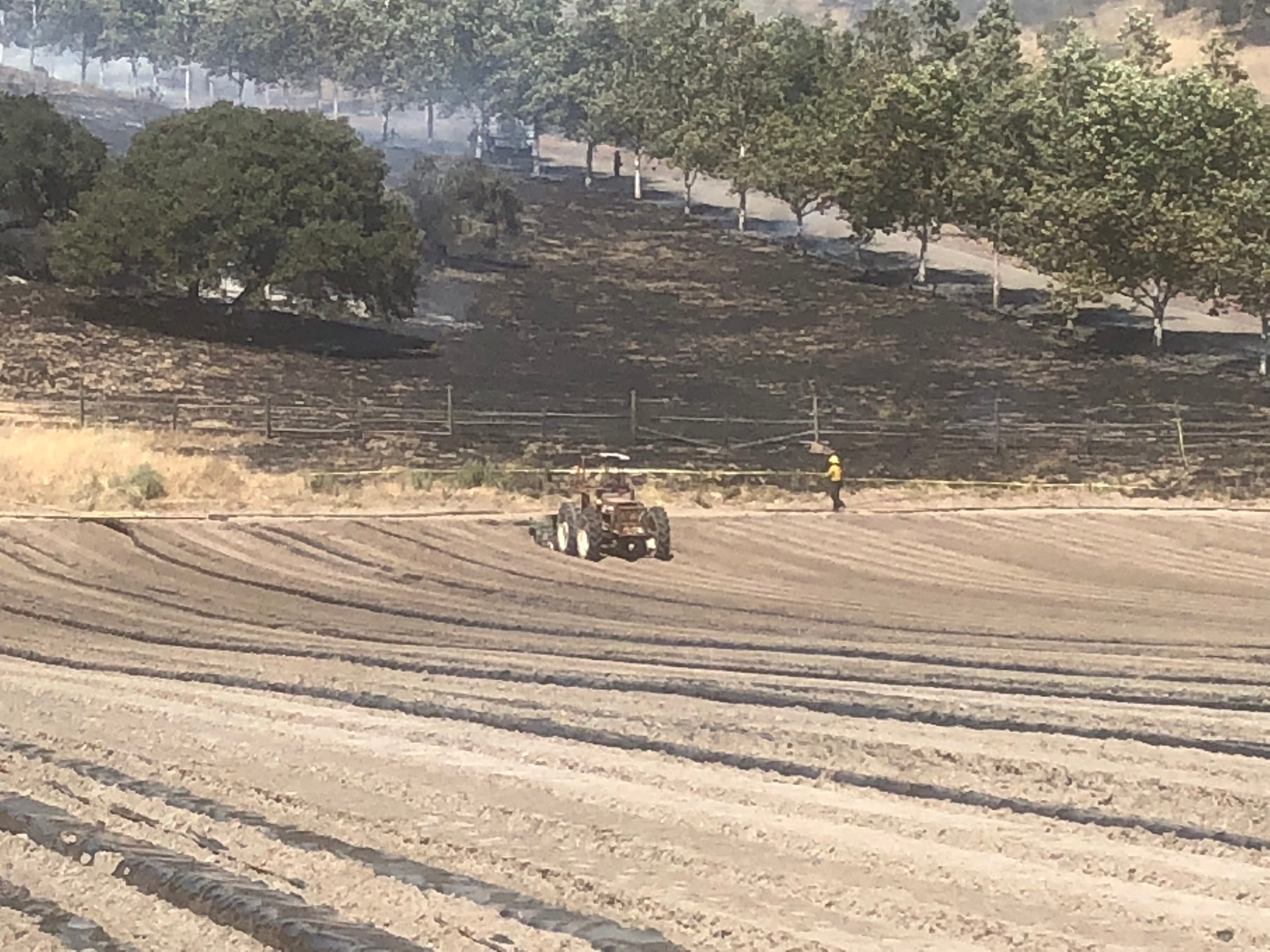 KSBY photo of crime scene tape being put up Friday afternoon near a tractor.

The fire started west of Buellton at about 2:20 p.m. and is mostly burning in grass and light oaks, according to Santa Barbara County Fire Capt. Dave Zaniboni.

Capt. Zaniboni says the fire is moving at a moderate rate and most quickly across the grasslands.

We are following breaking news out of Buellton – A fire broke out earlier this afternoon and has scorched 100 acres. Fire officials say it’s about 20% contained. We will continue to bring you updates on the air, online and on social media. pic.twitter.com/jxujpeFpNF

The cause of the fire is unknown.

If you are near the #WindmillFire and see or smell smoke, use common sense to protect your health. If you are driving through the area, use your car’s recirculate feature to prevent smoky air from getting inside your car. @SBCPublicHealth @countyofsb 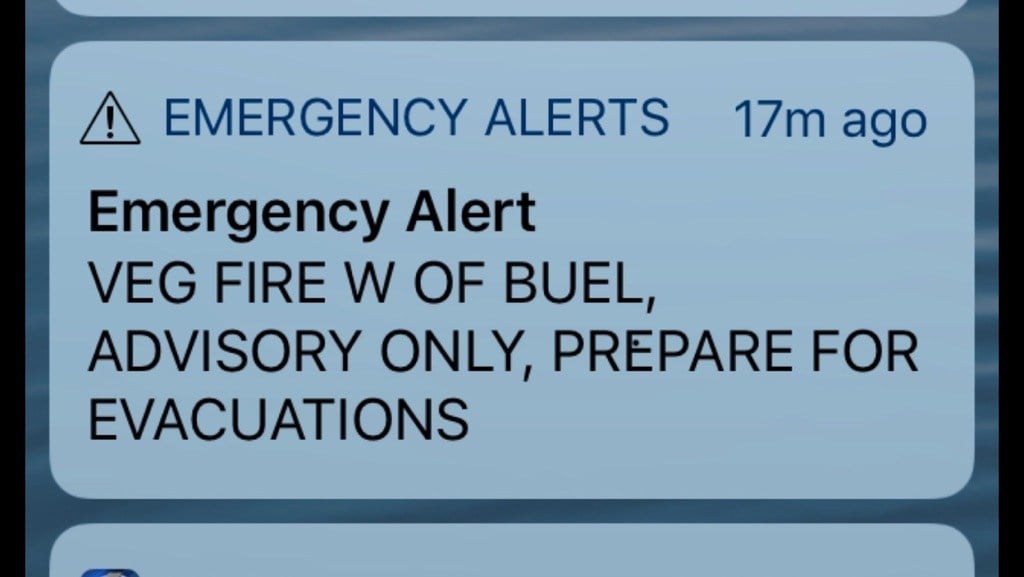 The Santa Barbara County Fire says the wildfire is currently 50 acres and is rapidly spreading in grass and oak.

The Santa Barbara County says residents with large animals or who feel threatened by the fire are encouraged to leave before waiting for an order to be issued.

We are monitoring the vegetation #WindmillFire of approximately 30 acres near 1000 block of Hwy 246, #Buellton. An evacuation warning was issued for nearby Bobcat Springs community. If you feel threatened, need time to evacuate or have large animals, don’t wait for an Evac Order

Crews were fighting the flames from the air and on the ground. Two helicopters, two air tankers have been dropping retardant.

This story will be updated.

(Original story) – Firefighters were responding to reports of a vegetation fire near Buellton Friday afternoon.

White smoke and flames could be seen coming from the hillside.