McGuire was placed on leave in May. Paso Robles Police Chief Ty Lewis would only say at the time that McGuire was accused of committing a “serious criminal act” and that the case was turned over to the San Luis Obispo County Sheriff’s Office for investigation.

The sheriff’s office says its completed investigation was turned over to the DA’s office on Wednesday. Sheriff’s officials would not say what, if any, charges against McGuire were recommended. However, the DA’s office confirmed the case involved potential charges related to sexual assault.

It’s unknown how long the DA’s review of the investigation will take. No other details about the case were released. 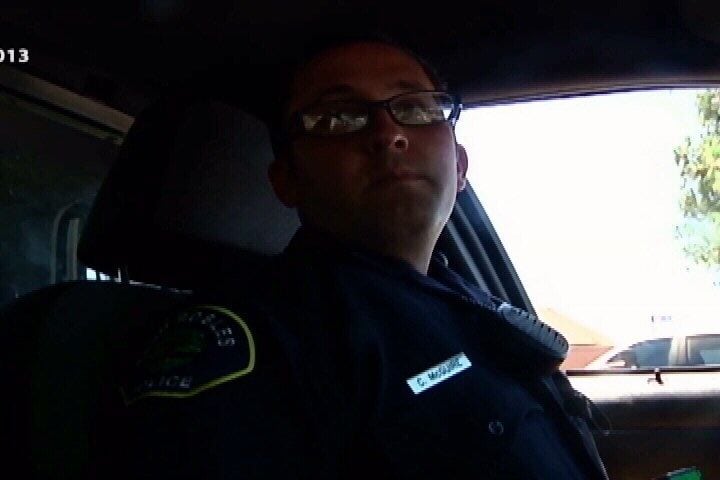 Christopher McGuire was interviewed for a KSBY News story in 2013. (KSBY photo)

McGuire has worked for the Paso Robles Police Department since 2012.