The "Star Wars"-themed land will include Oga’s Cantina, which will offer "choices for kids and libations for adults," according to Disney. Park officials say those "libations" will include specialty alcohol-based, themed cocktails, along with beer and wine options.

Currently at Disneyland, the only place that serves alcoholic beverages is the exclusive Club 33 in New Orleans Square, which is a private club open only to members and their guests. Neighboring Disney California Adventure already serves alcohol. 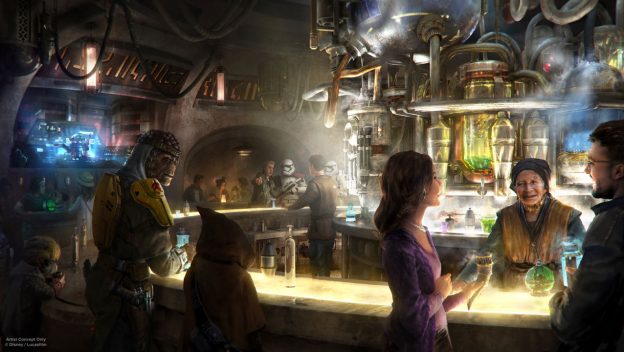