The Santa Barbara Police Department is warning people to be aware of their surroundings while shopping, after a woman said she was robbed at a grocery store.

Police released photos of the suspects. Investigators say they worked together to distract the victim and then take her wallet from her purse on Wednesday. The victim’s purse was in her shopping cart right next to her when it was stolen. Within an hour, police say her credit cards and ID cards had been used at a local branch of Chase Bank and at an Apple store. Police say the suspects emptied the woman’s bank account and tried to make large purchases at Apple. 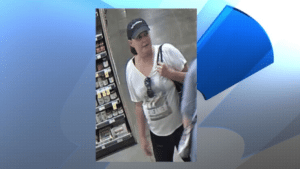 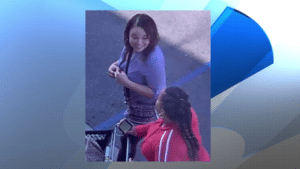 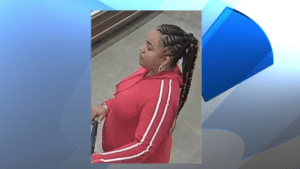 Santa Barbara Police release surveillance of the suspects wanted in a grocery store theft.Police say this type of theft happens a lot locally and across the country, and it’s often difficult to track down the suspects.

Investigators say the suspects involved in these thefts are experienced in choosing victims and deflecting questions from bank and store employees. They typically steal the wallet and then hand it off to an accomplice in the parking lot, who uses the credit cards and accesses bank accounts. Police say all of this usually happens in less than an hour, and often before the victim even realizes their wallet was taken.

Officers say you should take only the cash, bank card, or credit card needed to make the purchase. Wear a small purse with a strap that can be worn on your body when you shop. Be aware of who is around you and report any suspicious activity to store employees.