A local high school graduate has been named the president of the National Future Farmers of America.

Luke O’Learly was named president during the FFA’s national convention over the weekend. 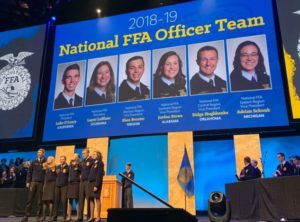 O’Learly is an Agricultural Leadership and Development major at Texas A&M Universtiy. He graduated from San Luis Obispo High School in 2016.

He also served as the California FFA President last year.

According to The National FFA’s mission statement, the organization is dedicated to making a positive difference in the lives of students by developing their potential for premier leadership, growth and career success through agricultural education.