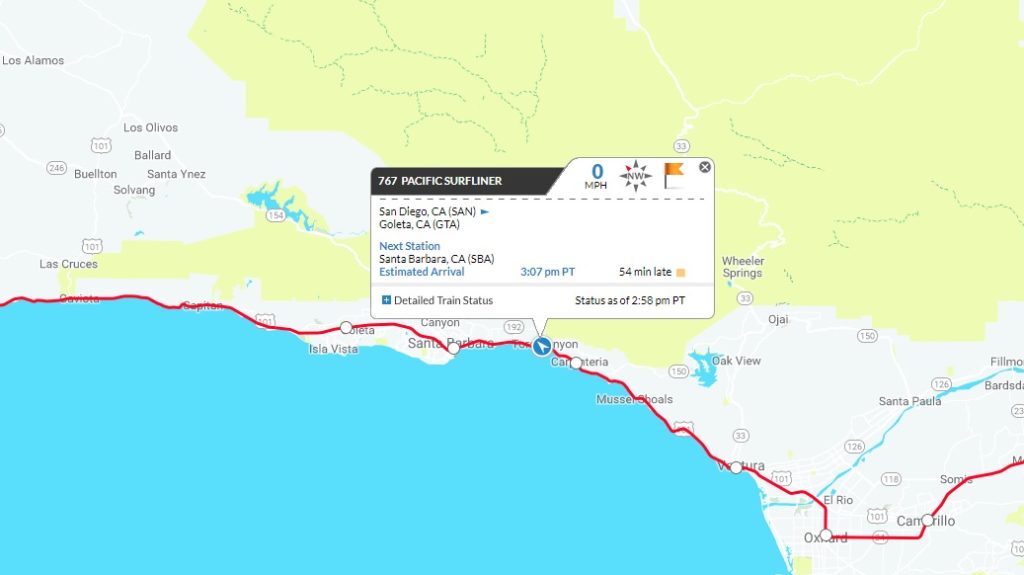 Amtrak said nobody was hurt.

This is a developing story. No other details were immediately available.

ALERT: Train 767 has stopped north of #Carpinteria after striking a tree downed in the storm. There are no reports of injuries. The crew are inspecting the train for possible damage – more details to follow