Storm system will continue to bring rain into Thursday evening

The two-day storm even still has hours of potential rainfall to deliver to the Central and Southcoast. Rain will continue with periods of moderate to heavy showers. On and off rain will taper off tonight. Over the course of the day, .25-2″ of additional rain may fall over the area.  Highest rain accumulations will take place on SW facing slopes and in parts of the Santa Ynez mountains.

As of Thursday morning, the Central Coast already had significant rainfall.

The fact that the system is slowly accumulating the rainfall is the reason widespread flooding is not an issue. Some of the moderate to heavy areas of rain are a higher concern to recent southern California burn scars than the local Thomas Fire burn scar where officials are closely monitoring the storm system. 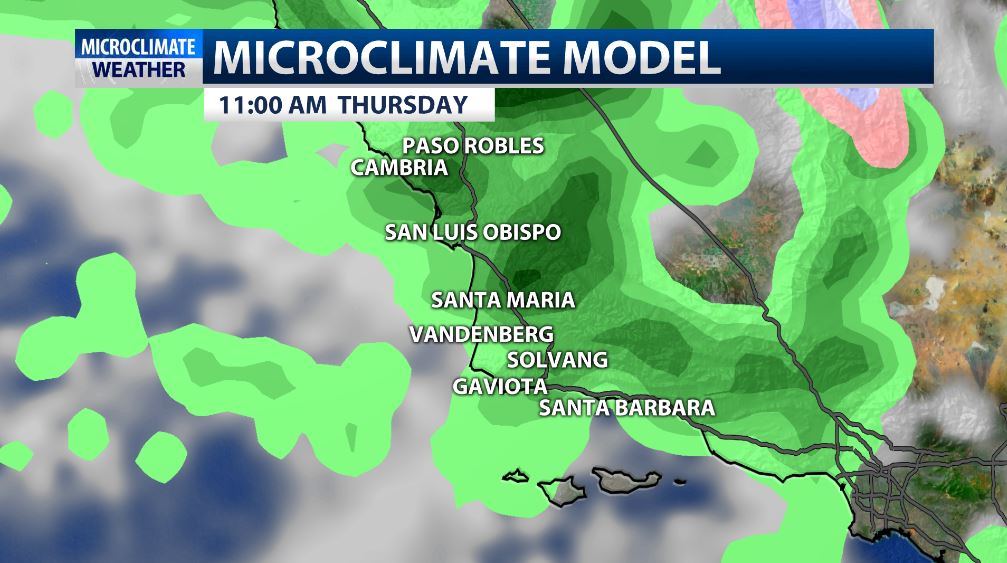 There is a slight chance of thunderstorms across SLO county Thursday afternoon and evening when the cold unstable air with this system rotates over the Central Coast.

S-SW winds will also be high into this evening, particularly in the SLO county interior where a high wind advisory remains in place until 9 P.M. Winds in the advisory area of 20-30mph with gusts to 40 and 50mph are likely. Thursday morning, surface winds were ranging from 17-25 mph for most areas. 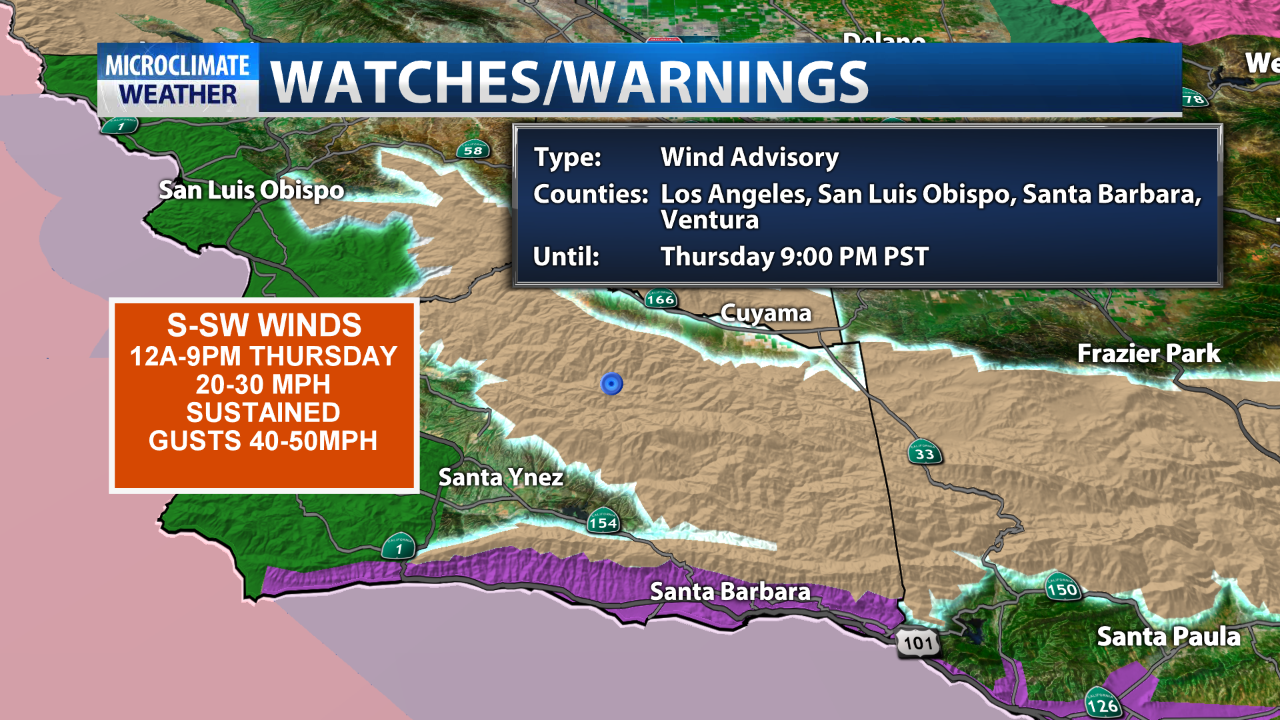 Strong winds over the ocean have also produced high waves and a high surf warning is in place until 10 A.M. tomorrow. Waves will peak today at 20-24ft, some models indicate higher waves are even possible. High tides of 3-5 ft. combined with the waves will make beach conditions potentially dangerous, never turn your back to the water during such events.

A surf advisory is also in place for the SB Southcoast for waves of 6-12ft with those same 3-5ft tides.

Highs today will only reach the lower 60s for most of the coastal area with upper 50s inland. Friday looks dry with NW winds breezy, especially early with highs in the lower to mid-60s at the coast with 50s and low 60s inland.

Saturday, another fast moving front runs thru the area for another light to .50″ of rain across the area (especially SLO county). Sunday and Monday look dry but another rain system Tuesday and Wednesday of next week could deliver significant rain to begin December.

At this point, long-range modeling is showing a progressive zonal pattern which could keep the door open for more occasional rain events.