UPDATE (8:30 a.m. 12/29/18) – The Santa Barbara County Sheriff’s Office says the suspect who was hospitalized after being shot by authorities has died.

Deputies say they first used less lethal force against the suspect, who was armed with a rifle, but they eventually used deadly force.

The suspect was taken to a local hospital, where he was pronounced dead.

His name has not been released.

The initial call came in just after 8 p.m. at a home in the 5900 block of OakHill Drive.

Someone told emergency officials that there was a person in a bathroom who had been injured and was in need of care. 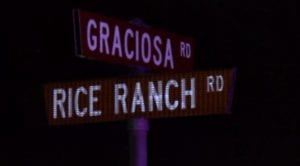 Officials made contact with the armed subject, but they say they had to use force in order to subdue him.

He was hospitalized, but his condition is unknown.

Officials then searched the residence and found three deceased victims inside. Information was not released on their relation to the suspect.

Santa Barbara County Sheriff’s Office Spokeswoman Kelly Hoover says it is early in the investigation, and they will likely be there through the night. Investigators will be looking into who was responsible for the incident, the connection to those who died, and contacting the families of those who died. 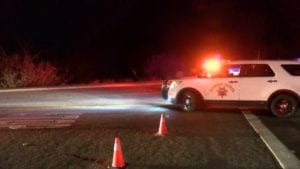 She says an officer-involved shooting investigation is also getting underway since force was used on the suspect.

A shelter in place that was issued in the area has been lifted, and investigators do not believe there is any public threat at this time.

The Santa Barbara County Office of Emergency Management is telling people in Orcutt to shelter in place because of a developing situation with law enforcement.

They sent out an alert to residents in the Oakhill Estates area until further notice.

The Santa Barbara County Sheriff’s office confirmed there is a barricaded subject at a home on Oakhill drive but did not provide details on the situation.

This is a developing story, it will be updated as more information becomes available.

Santa Barbara Sheriff's Office is requesting all residents in the Oakhill Estates shelter in place until further notice due to an unfolding situation on Oakhill Dr. Thank you for your cooperation.