Caltrans is expected to provide an update on the Highway 1 closure Friday.

The highway has been closed since Monday, ahead of the storms that swept through the Central Coast. The area is prone to landslides.

Caltrans crews inspected areas along the highway Thursday and found several slides. They’re now working to clear the roadway as quickly as possible.

Initially, Caltrans closed the Paul’s Slide and Mud Creek areas along Highway 1 in Big Sur. On Thursday, the closure was extended on the northern end to Deetjen’s/Fullers Point. 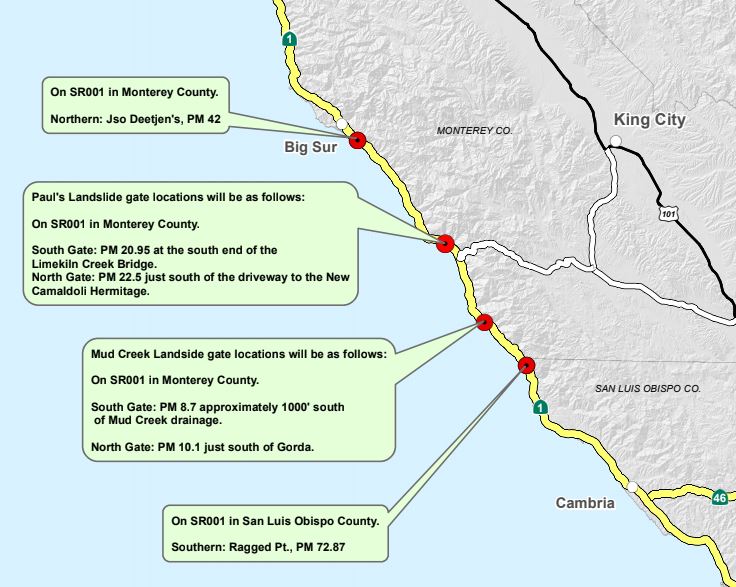 Caltrans says the highway will remain closed between those locations until further notice.

The agency says its goal is to open the highway as quickly as possible and says crews will reassess the situation on Friday.

Businesses along the Big Sur Coast are still open and are accessible via Highways 101, 68, and 46.