Five people were taken into custody Thursday after a narcotics investigation in Oceano.

The San Luis Obispo County Sheriff’s Office says members of the Narcotics Unit and Gang Task Force served a search warrant around 9 a.m. at a home in the 2100 block of Nipomo Street in Oceano.

Five people were taken into custody for outstanding arrest warrants and drug-related charges, including possession of narcotics and possession of drug paraphernalia. 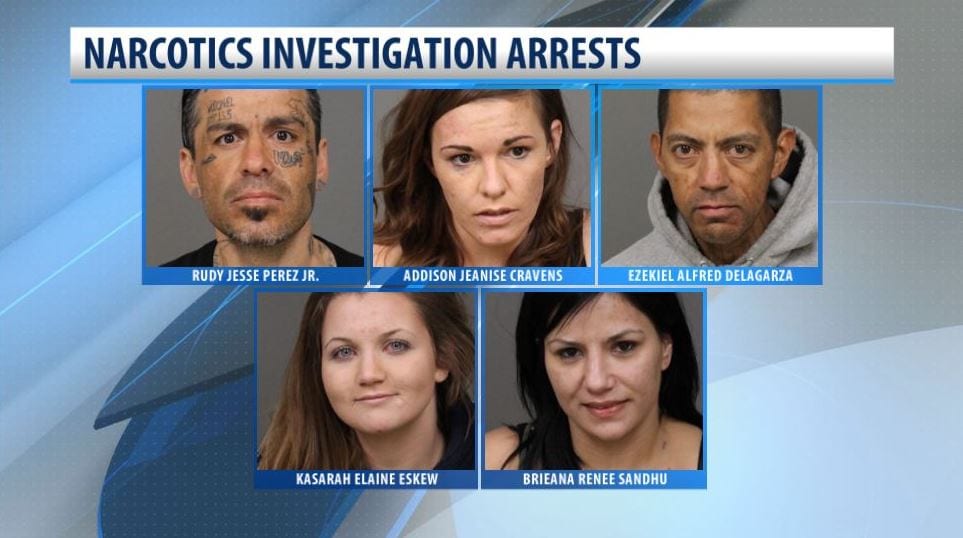 A one-and-a-half-year-old child was found at the home and taken into protective custody.

Investigators say one of the suspects was also in possession of an ounce of methamphetamine and a half-ounce of heroin.

The Sheriff’s Office says the investigation is ongoing.