Details have been released about the potential environmental impacts of ExxonMobil’s plan to add around 70 oil tanker trucks on local highways.

The trucks would be used to transport the company’s products, but it’s raising some concerns among environmental advocates.

It all comes almost exactly four years after the Refugio Oil Spill.

“We’re much safer if we don’t have 70 oil tanker trucks a day going along the 101 which is such critical transportation for us and one we need to protect,” said Katie Davis of the Sierra Club.

Under the proposed plan, trucks would get off Highway 101 from the Las Flores Canyon facility and head to the Phillips 66 plant in Santa Maria or to Kern County off Highway 166. 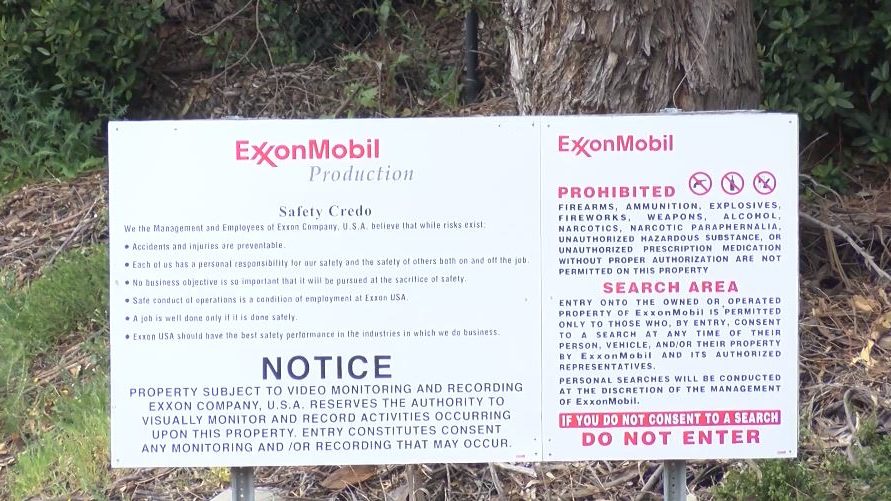 This project would only last for about seven years or so until Plains All American’s onshore pipeline can be rebuilt.

The Draft Supplemental Environmental Impact Report, or EIR, offers several alternatives when it comes to the trucks on the highway. Some include limiting the number of trucks and the routes they can take.

Mitigation measures include not allowing trucks on days when it rains, limiting the hours they can be on the highway to ensure they’re not getting on and off at the same time as school buses and finally not allowing them at all.

However, not everyone sees it this way.

“I think that would be okay but I’d like to have them look at other things like taking the oil to tankers offshore, which is another level of acceptable risk but we have the maritime capabilities of doing it or could they do it by rail,” part-time Santa Barbara County resident Darryl Manzer said.

ExxonMobil says it “carefully selects trucking companies and requires them to meet or exceed all regulatory requirements and safety standards.”

In a statement, a spokesperson for the company tells KSBY, “ExxonMobil is committed to operating in the most responsible way with a minimal impact on the environment. We have worked extensively with the county to develop a plan that fully complies with Santa Barbara County’s environmental and land use regulations, which are among the strictest in the world.”

ExxonMobil says in early 2016, it transported nearly 17 million gallons of oil in 2,500 truckloads without incident from the Las Flores Canyon facility to Santa Maria.

This project is separate from the three other oil projects currently up for discussion in the county from ERG, Aera Energy and Petro Rocks.

If you’d like to weigh in on this project, the county is hosting a public comment session May 6 at 6 p.m. at the Santa Barbara County Administration Building in Santa Barbara and via teleconference at the Betteravia Government Center in Santa Maria.