Central Coast living thrives on tourism but some of the most popular tourist spots are often overlooked by locals.

You could easily drive right past an unusual farm along Highway 246 in Solvang unless you notice the massive flock of massive birds living there and then you might just have to pull in.

There, you’ll find the biggest, heaviest and fasted birds on the Central Coast – and in the world.

In the middle of the little Danish town of Solvang is OstrichLand USA.

“We have around 140 birds and we get customers from all over the world,” Fowler said. 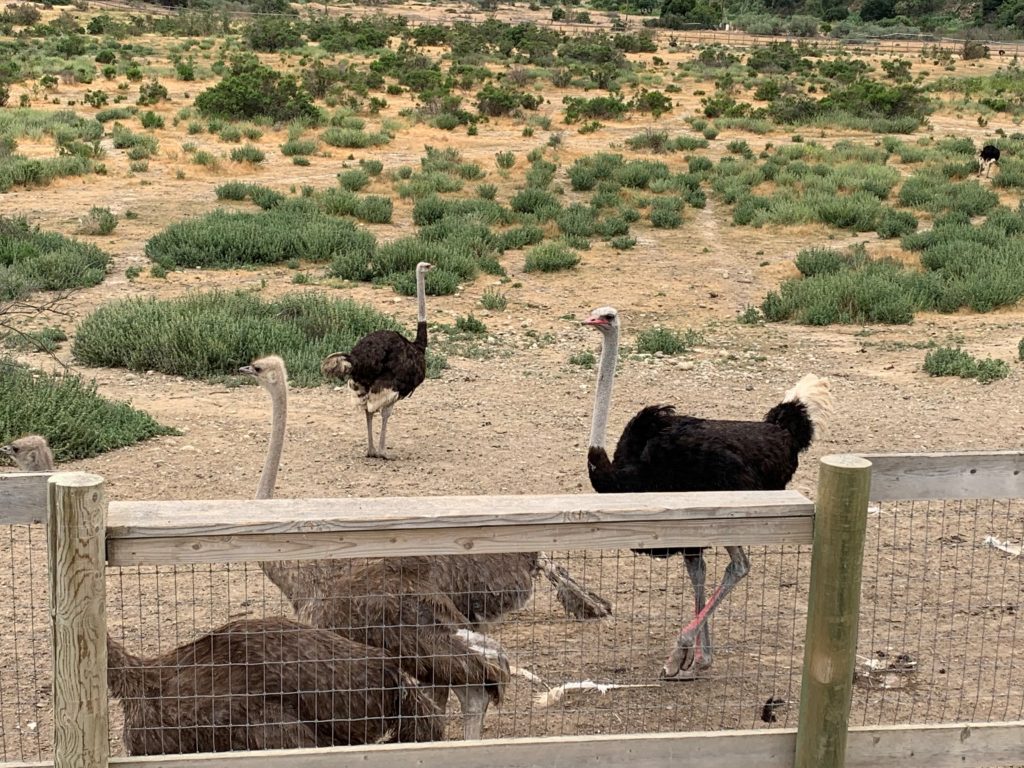 Despite his last name, Fowler didn’t know much about birds when his family took over OstrichLand 16 years ago and put him in charge.

“The males can weigh up to about 350 pounds. Females, right up there with them. They are slightly smaller,” Fowler said.

Fowler says the first ostriches were brought to the farm by the original owner in the late 1980s from South Africa where the birds are native.

The ostriches stand eight to nine feet fall and their long legs can run at speeds up to 40 miles per hour. However, they tend to travel at the speed of Santa Ynez Valley wine country here.

“They just mosey around and eat all day and kick back,” said Fowler.

Speaking of eating: for a dollar, you can feed the ostriches a bowl of alfalfa pellets but beware, they might knock the bowl right out of your hands if you aren’t holding on tight!

Sunidhi Patin visited OstrichLand from India with her family.

“This place is really cool because I have never seen ostriches before,” Patin said.

She tried her luck giving the big birds a snack.

“I tried to feed but it was a bit scary,” Patin said.

Signs warn visitors the ostriches might peck you but Fowler assures they will not hurt you.

“They’re really goofy. They make me laugh all the time because they just do the weirdest stuff but they are also not the brightest birds,” said Fowler. “I hate to say that talking in front of them but actually their eyeball is larger than their brain.”

The most frequently asked question at OstrichLand: “Do these birds actually fly, or not?” said Fowler. “The quick answer is, no, they don’t fly.”

Ostrichland is also home to a flock of emus which are the largest second largest bird in the world.

There are some relatively little birds at the farm too. Baby ostriches hatched about one month ago. Fowler says visitors will be able to see them on display in June.

Nine-year-old Ishan Shetty said he’s excited to tell his friends back home in Chicago about the big birds he fed while on vacation in California.

“I saw like more than 15 ostriches in front of me,” Shetty said. “They’re hungry!”

Whether tourist or local, a visit to this Central Coast landmark is a pretty unforgettable experience.

If you visit OstrichLand USA, take a photo with the ostrich wing murals or with the birds themselves and share it using #BeOnKSBY!