Four people were taken into custody and numerous guns were seized after a search warrant was served in Santa Barbara County.

The Santa Barbara County Sheriff’s Office says deputies served the warrant around 7:15 a.m. Wednesday in the 1800 block of Ironwood Drive, which is in the Tanglewood neighborhood, just southwest of Santa Maria.

One of the handguns had been reported stolen out of San Luis Obispo County and several were unregistered.

Deputies say they also found drug paraphernalia and suspected methamphetamine during the search.

Investigators say four people were arrested, including two brothers who are convicted felons. 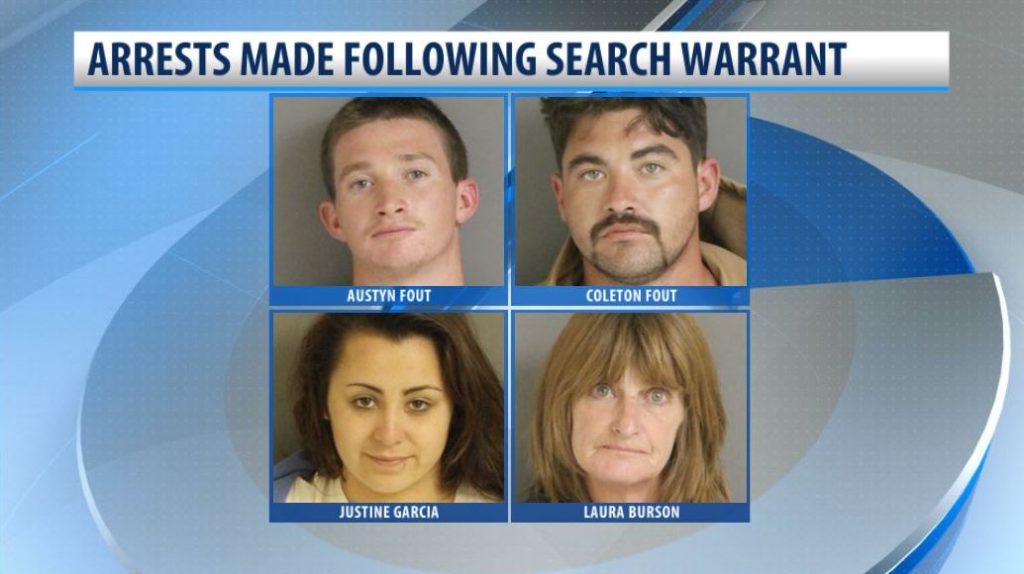 The sheriff’s office says Austyn Fout, 23, was arrested on suspicion of being a felon in possession of a firearm and unlawful possession of ammunition. He is being held on $35,000 bail.

The sheriff’s office says Justine Garcia, 25, was arrested for a $25,000 outstanding warrant for a probation violation. Deputies say Garcia is still in custody.

Laura Burson, 54, was also arrested for a $25,000 outstanding warrant for a probation violation. The sheriff’s office says Burson posted bail Thursday and was released.