Windy day with a chance of showers

Tuesday will be a fairly cloudy day as an upper level low will move in over California. Also associated with this low is the chance for scattered rain showers throughout most of Tuesday. However, this system is shaping up to be very light and it is possible some cities might not see any of this rain at all.

Here is a look at conditions in the middle of the morning commute Tuesday: 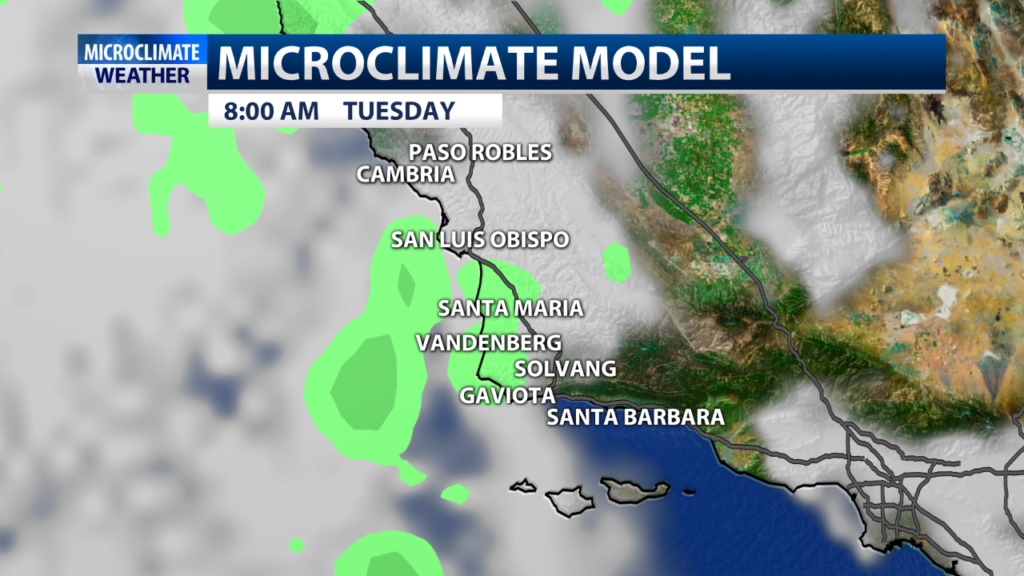 Probably more of a talker than the rain would be the wind. A second wind advisory will go into place for San Luis Obispo County and northern Santa Barbara County at noon Tuesday and will last until at least 8:00 p.m. During this time, winds will generally be from 15-30 miles per hour, but wind gusts could reach 40-45 mph by the afternoon. Santa Barbara County’s south coast region and mountains and foothills will remain under a wind advisory through 6:00 a.m. Wednesday. Santa Barbara County will experience winds from 20-30 mph with potential for gusts to reach 50 mph, so overall, the next two days for the Central Coast are going to be windy ones. 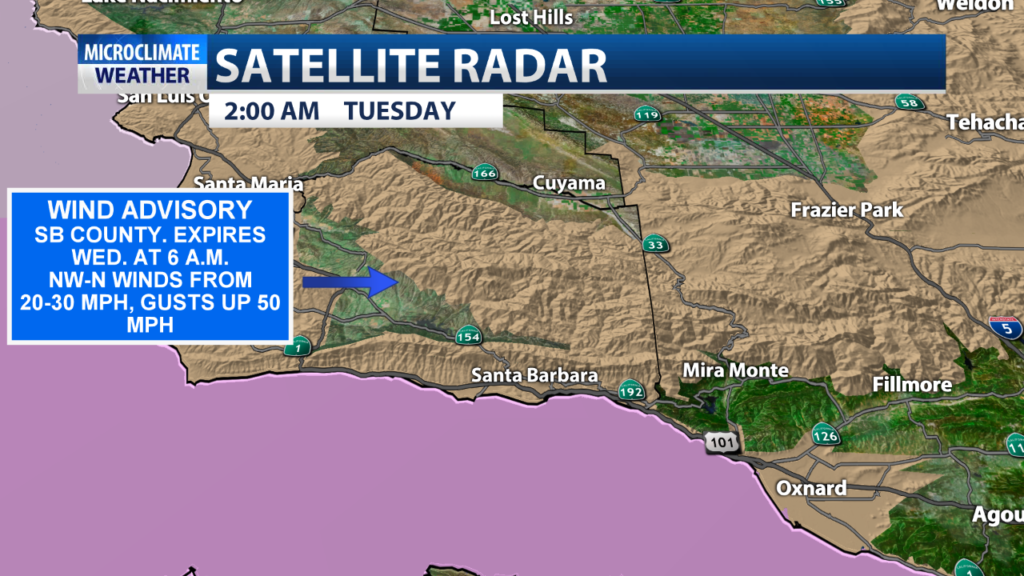 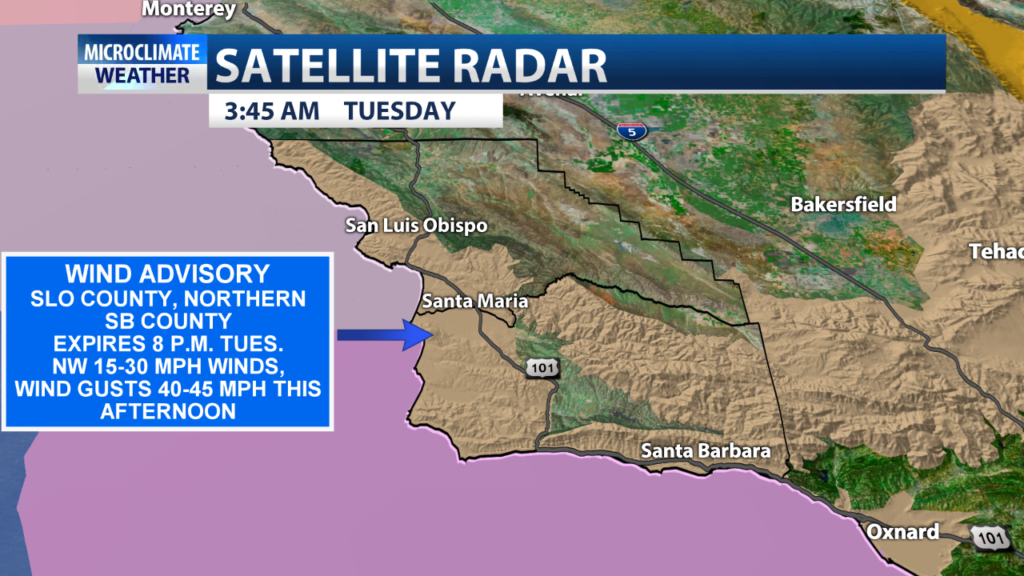 With the three-day weekend fast approaching, it should be noted that Friday and Saturday look to be dry. It’s still a bit of a mixed bag for Sunday and there is a chance of rain, but it’s still too early to tell what the timing of this potential storm is and how significant it could be. More details on that to come.