UPDATE (3:41 a.m.)— The Santa Barbara County Fire Department says they were able to get a handle on a brush fire near Gaviota and Highway 101 around 8 p.m. Monday night.

Two crews and three engines worked overnight to cool the eight acres of brush that burned.

Fire officials say they are still looking into the cause.

Public Information Officer Daniel Bertucelli says the fire is currently at five to eight acres and is moving at a slow rate of speed and is burning in medium brush.

Bertucelli says firefighters are currently on the scene attacking the fire from the air and ground.

He says when the first fire crew got to the scene the fire was already at two acres and was burning off the roadway uphill.

This a developing story stick with KSBY for more updates.

Vegetation Fire, Gaviota. 5 acres burning in medium brush at a slow rate of spread. SBC FF’s are on scene attacking the fire from the air and ground. No structures are threatened and no injuries have been reported.. Call newsline for more info. pic.twitter.com/hL3ZXgtY2T

Crews responded to reports of a brush fire near Gaviota Monday.

According to the CHP incident page, the first calls came in around 6:10 p.m. near the Highway 1 onramp to northbound Highway 101. 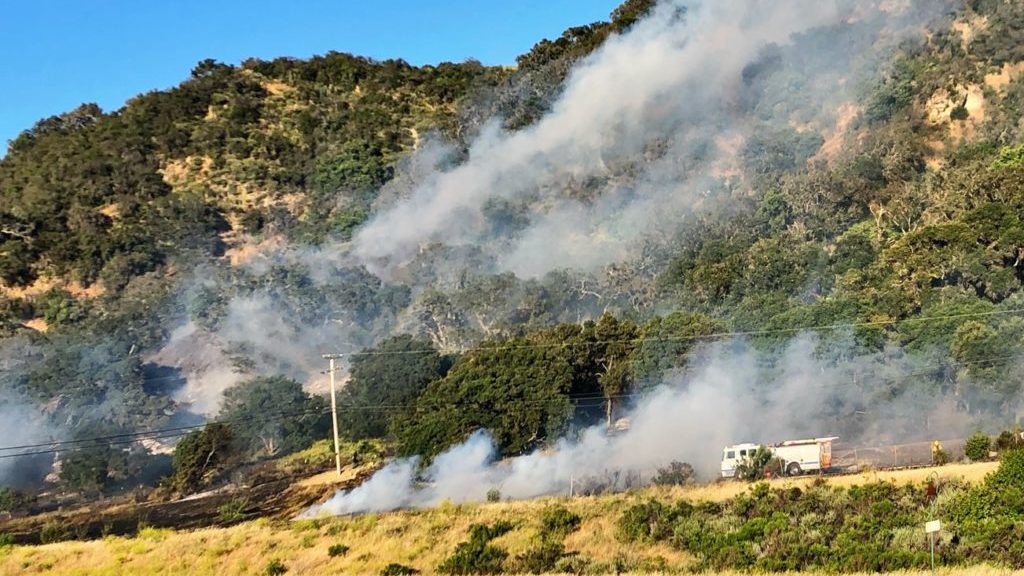 The CHP incident page says the northbound onramp was shut down.

No information was immediately available about the size of the fire or what may have caused it.

KSBY has a crew headed to the scene. 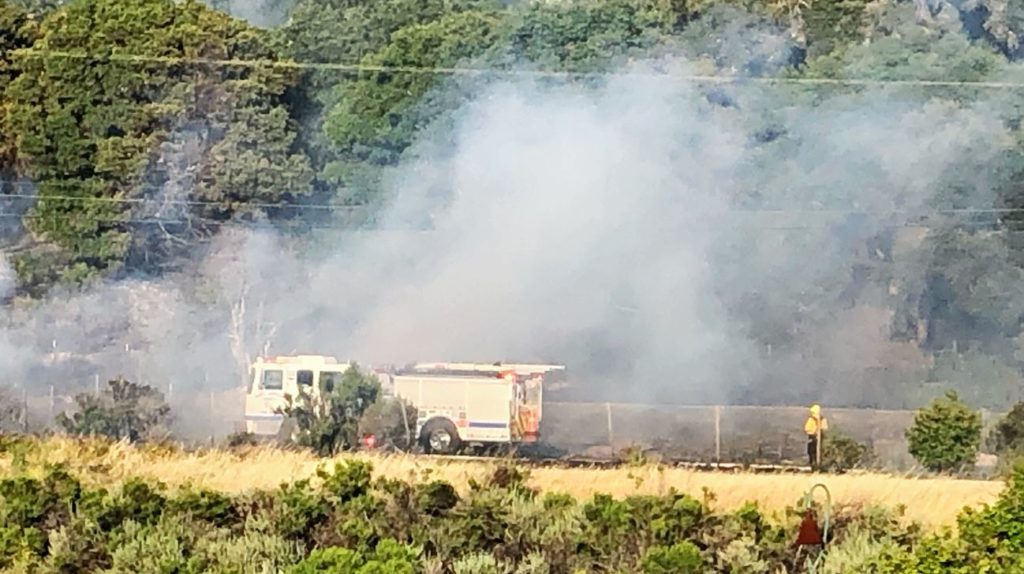 This story will be updated as new information becomes available.