Forward progress stopped on fire on Harris Grade near Lompoc

(UPDATE) – 3:14 p.m. – Forward progress has been stopped on the fire on the Harris Grade, according to Santa Barbara County Fire.

A total of 2 acres burned. The cause is under investigation.

(ORIGINAL STORY) – Firefighters were working to put out a brush fire that broke out Saturday afternoon near Lompoc.

It was first reported around 12:45 p.m. along 3602 Harris Grade Road and was visible from Vandenberg Village.

Helicopters and air tankers were making drops on the fire. 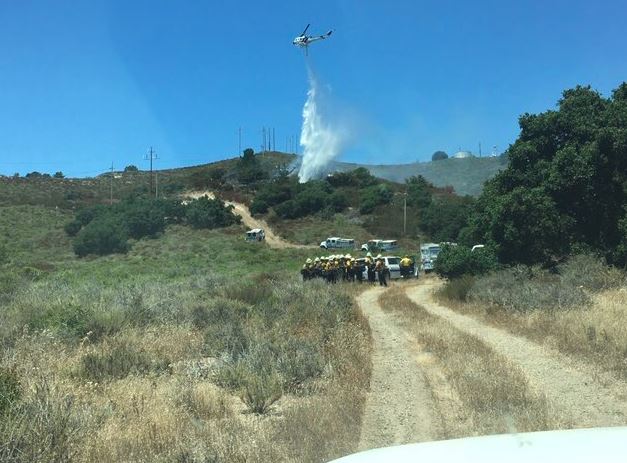 By 1:45 p.m., smoke was still visible but the fire appeared to be dying down.

No structures were threatened and no injuries were reported.