A sunny, carefree Sunday afternoon on the last day of the annual Gilroy Garlic Festival turned to screams and tragedy in an instant when a gunman opened fire on the crowd.

According to police, the shooting ended in less than a minute as police on site confronted and shot the attacker while he was armed with a rifle, firing on the attendees. But the damage was done as three lost their lives and a dozen more were injured.

The ages of the victims stunned the nation: a boy who just turned 6-years old, a 13-year-old girl and a 25-year-old man. 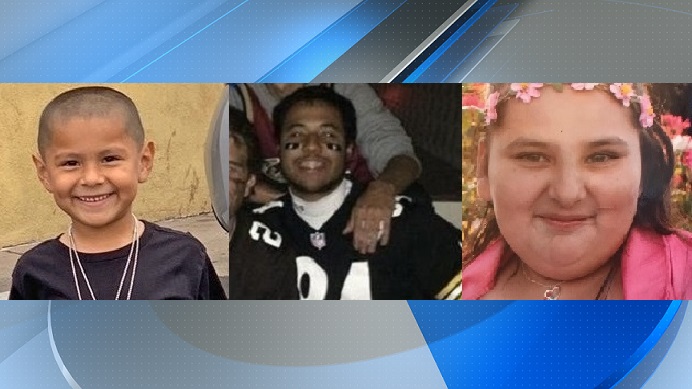 On Monday afterrnoon, Keyla Salazar, 13, of San Jose, was identified as one of the victims.

A GoFundMe account was set up by the South County Chrysler Dodge Jeep Ram dealership who called the shooting a ‘senseless act of violence.’

It is unclear what the connection is between CDJR and the Salazar family. The owner only confirming they are in direct contact with the family and the money will be used to assist her parents.

The CDJR staff said “Many of our staff and employees are a part of the Gilroy community and we support this event. We are in direct contact with Kaylas (sic) family also.”

“We are all devastated and broken and need time to heal and process,” Katiuska Pimentel Vargas wrote on Facebook after identifying herself as Keyla’s aunt.

No other information has been released.

Trevor Irby, 25, of Romulus, NY, was reportedly attending the three-day event with his girlfriend, Sarah Warner.

According to his alma mater, Keuka College, Irby was a biology major who graduated in 2017. His college buddies set up a GoFundMe account in his memory.

“It is with profound sadness that I share the devastating news that a member of the Keuka College family was among the victims of the mass shooting over the weekend in California,” said school president Amy Storey.

“Our hearts go out to Trevor’s family and loved ones,” she added. “We also send sincere condolences to College alumna Sarah Warner, who was with Trevor at the California garlic festival where the shooting took place. We were relieved to learn that Sarah was not physically injured in the shooting. We offer our support and prayers to Sarah and her family.”

On the GoFundMe page, his college friends state Irby was living in Santa Cruz, CA with Warner.

“We all met at Keuka College as Freshmen, and developed an inseparable bond over our 4 years at school. As seniors, we lived together and created countless memories that we hold close to our hearts,” according to the statement of Matt Hey, Steven Wyrosdick and Ben Schreiber.

According to the LA Times, the youngest victim, Steven Romero, 6, of San Jose, was playing near a bounce house when the shots rang out. He died at the hospital shortly after arriving.

His father told NBC Bay Area that his son had just celebrated his sixth birthday last month at Legoland.

“My son had his whole life to live and he was only six. That’s all I can say,” Alberto Romero said.

He described his son as an energetic boy who had just graduated from kindergarten and was just weeks away from entering first grade.

He was “always happy and always wanting to have fun,” Romero said, as he showed off photos of his son.