The FBI says it needs fairgoers’ photos and videos taken during the Gilroy Garlic Festival – both before the shooting and during it – that can help investigators pull together a “bigger picture” of the deadly event. 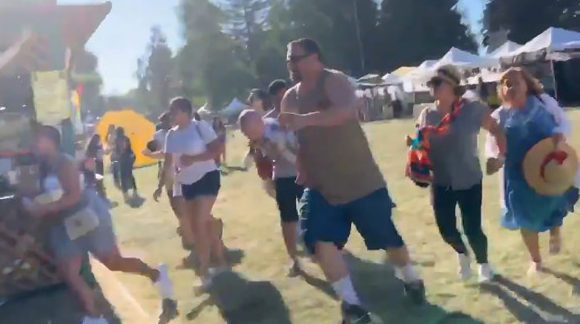 Zackel says the FBI has dozens of agents collecting evidence, which is expected to continue for days. More than 20 officials are also connecting victims with services such as counseling.

Zackel says Gilroy police are the lead investigators because officials have not determined gunman Santino William Legan’s motive yet. If it turns out to be an act of terrorism, the FBI will take over.

She says FBI agents were at the festival before the shooting to help local police, a common practice.

Two days after a gunman opened fire at the Gilroy Garlic Festival, five victims remain hospitalized, according to a Bay Area TV station. They range from age 12 to 69.

Members of the California garlic festival shooter’s family were initially worried that that 19-year-old Santino William Legan was a victim of the attack.

Family friend Jerome Turcan tells the Los Angeles Times that when he heard about Sunday’s shooting in the city of Gilroy he called Legan’s older brother, Rosino, who was in a car with a cousin searching for his younger brother.

Turcan says they wanted to be sure he was OK and were thinking of going to an emergency room to see if he was there.

Turcan says he was shocked to learn the next day that Santino William Legan was the gunman who authorities say killed three people and injured 12 others.

The small rural community of Gilroy is reeling in the wake of a mass shooting at its annual garlic festival.
But at a Monday night vigil, hundreds of residents vowed to remain “Gilroy Strong.”

Authorities are still seeking a motive for Sunday’s attack by a 19-year-old who killed three people and wounded a dozen more before police shot him to death.

Authorities say Santino William Legan had posted a white supremacist message on social media and a photo from the festival on Instagram shortly before opening fire with a semi-automatic rifle he’d bought legally in neighboring Nevada.

The dead included a 6-year-old boy, a 13-year-old girl and a 25-year-old college graduate from upstate New York. 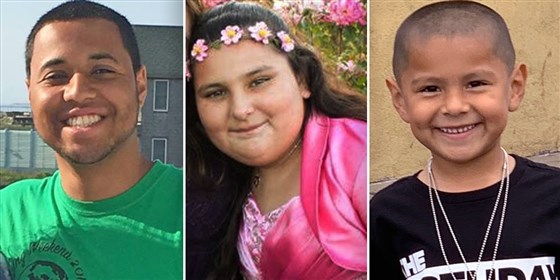 President Donald Trump condemned what he called the “wicked murderer.”

Gov. Gavin Newsom visited some victims and their families. He cursed as he condemned what he said was a refusal by federal lawmakers to control high-powered, high-capacity guns that are more tightly restricted in his state.