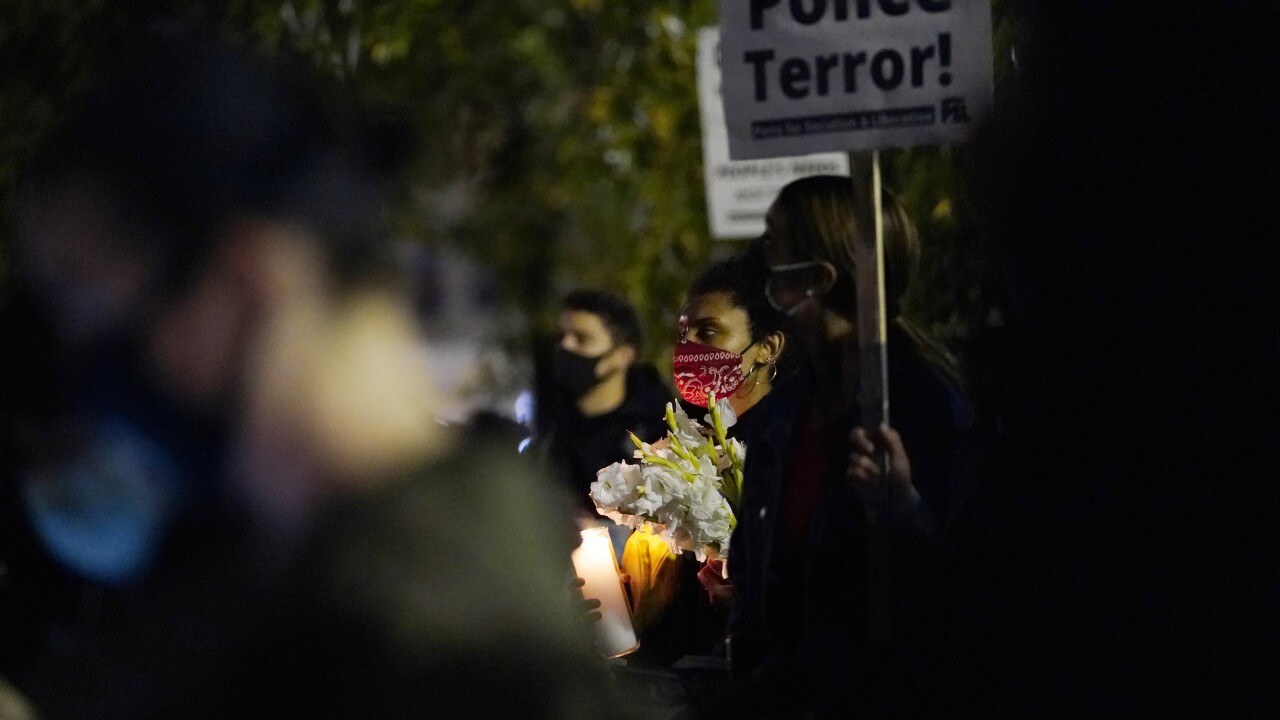 Copyright 2020 The Associated Press. All rights reserved
Matt Slocum/AP
Protesters gather for a march Tuesday, Oct. 27, 2020, in Philadelphia. Hundreds of demonstrators marched in West Philadelphia over the death of Walter Wallace, a Black man who was killed by police in Philadelphia on Monday. Police shot and killed the 27-year-old on a Philadelphia street after yelling at him to drop his knife. (AP Photo/Matt Slocum)

Philadelphia Police said that a crowd of approximately 1,000 people were looting a business in Philadelphia on Tuesday.

The unrest began on Monday after Walter Wallace Jr., a 27-year-old Black man, was shot and killed by officers in Philadelphia. Spokesperson Tanya Little of the Philadelphia Police said that Wallace was ordered to drop a knife before being shot by officers.

The incident was captured on video from a bystander, and Little confirmed that two of the officers were wearing body worn cameras. Whether that video will be publicly released will be determined in the coming days.

Video of the incident showed officers pointing a weapon at Wallace. After trying to back away from Wallace, officers then fired at him.

Police Commissioner Danielle Outlaw said that a full investigation of what transpired is underway.

Shaka Johnson, an attorney representing the Wallace family, told the Inquirer that family called for an ambulance and not officers. Johnson said that Wallace's pregnant wife told officers that Wallace had a bipolar condition.