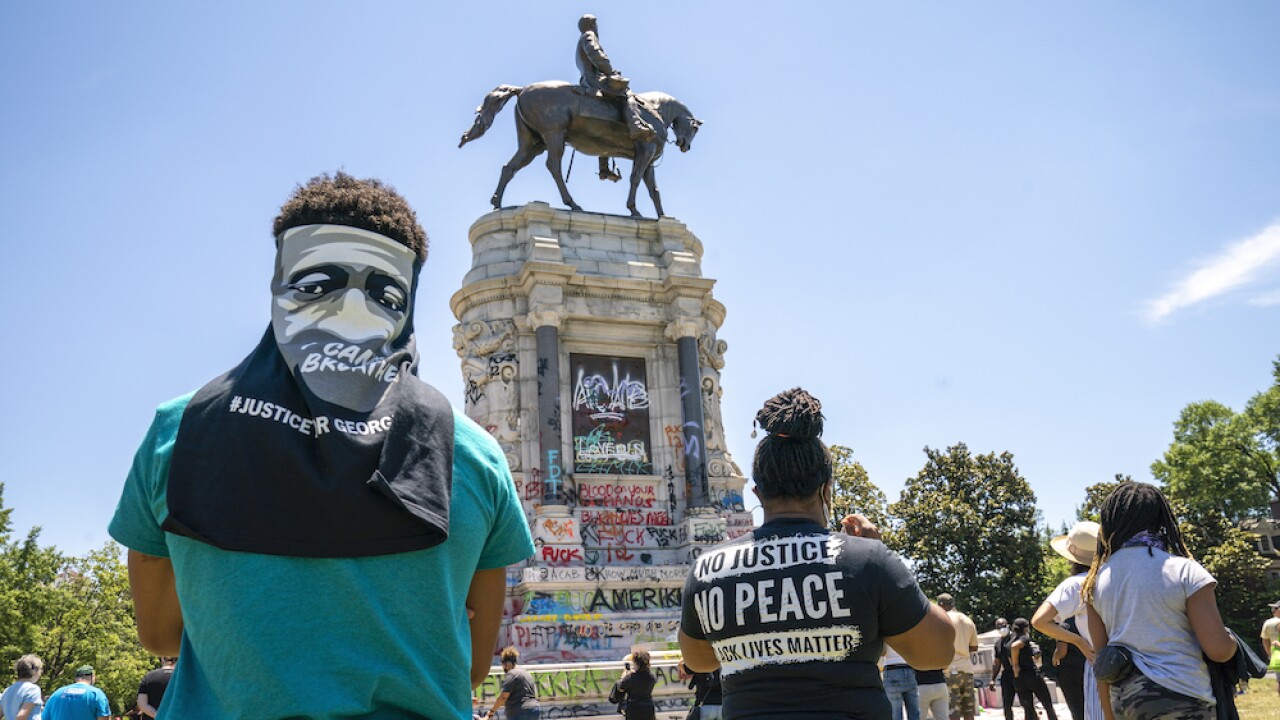 Copyright 2020 The Associated Press. All rights reserved
J. Scott Applewhite/AP
People gather at the Robert E. Lee Monument, now covered by protest graffiti, in Richmond, Va., Sunday, June 7, 2020, following a week of unrest in the U.S. against police brutality and racism in policing. The statue of the Confederate Civil War general is slated for removal at the order of Gov. Ralph Northam. (AP Photo/J. Scott Applewhite)

RICHMOND, Va. — A Virginia judge has dissolved one injunction but imposed another preventing Virginia's governor from removing an enormous statue of Confederate Gen. Robert E. Lee.

The new 90-day injunction bars the statue’s removal from Richmond's Monument Avenue while claims in a lawsuit filed by a group of property owners are litigated.

Virginia Attorney General Mark Herring has moved to dismiss the case, but the judge says the property owners have standing and could succeed on at least one of their claims.

Gov. Ralph Northam announced plans to remove the statue in early June, citing the pain felt across the country about the death of George Floyd.