27 CA counties forced to move back to most restrictive tier, including SLO and Santa Barbara counties 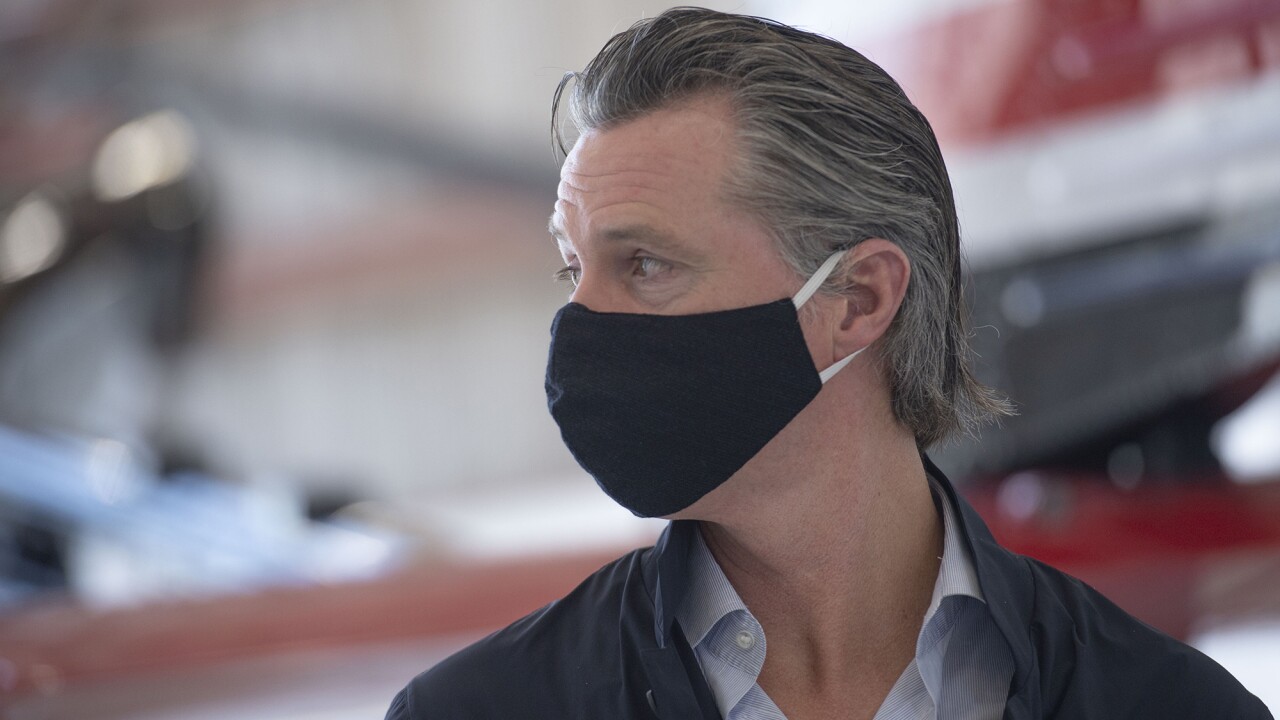 Hector Amezcua/AP
FILE - July 9, 2020.Newsom announced the agreement on Friday, Aug.28, 2020. The bill would ban evictions for tenants who have not been able to pay their rent because of the coronavirus between the months of March and August. (AP Photo/Hector Amezcua, Pool, File)

In a press briefing on Monday, California Gov. Gavin Newsom says he is pulling the "emergency brake" on the state's efforts to reopen its economy as coronavirus cases surge more dramatically than they did during a summer spike.

Twenty-seven counties are on the list to move back into the most restrictive purple tier, including San Luis Obispo County and Santa Barbara County.

Health officials say the troubling rise in cases in November has come at a faster pace than a spike in mid-June and could quickly surpass the peak of the hospitalizations at the time.

San Luis Obispo and Santa Barbara counties moved forward into the red tier at the end of September, and remained in that tier for approximately seven weeks.

As of Monday, those 27 counties in the most restrictive tier have to move backwards because they were not meeting a lower case and positivity rate criteria for two weeks. Now, counties must wait 21 days before moving to a less strict tier.

Since these counties are moving into the most restrictive tier, this means most non-essential business operations will once again need to close.

The counties now operating in the most restrictive tier make up 94% of California's population.

Gov. Newsom says the status of California counties now in more restrictive tiers will be assessed on a daily basis instead of weekly.

Governor Newsom also announced an even tighter rules on the state's mask mandate, saying it now must be worn in most cases outside of the home, whenever in public, with few exceptions.

To learn more about the state's COVID-19 restrictions, visit this website