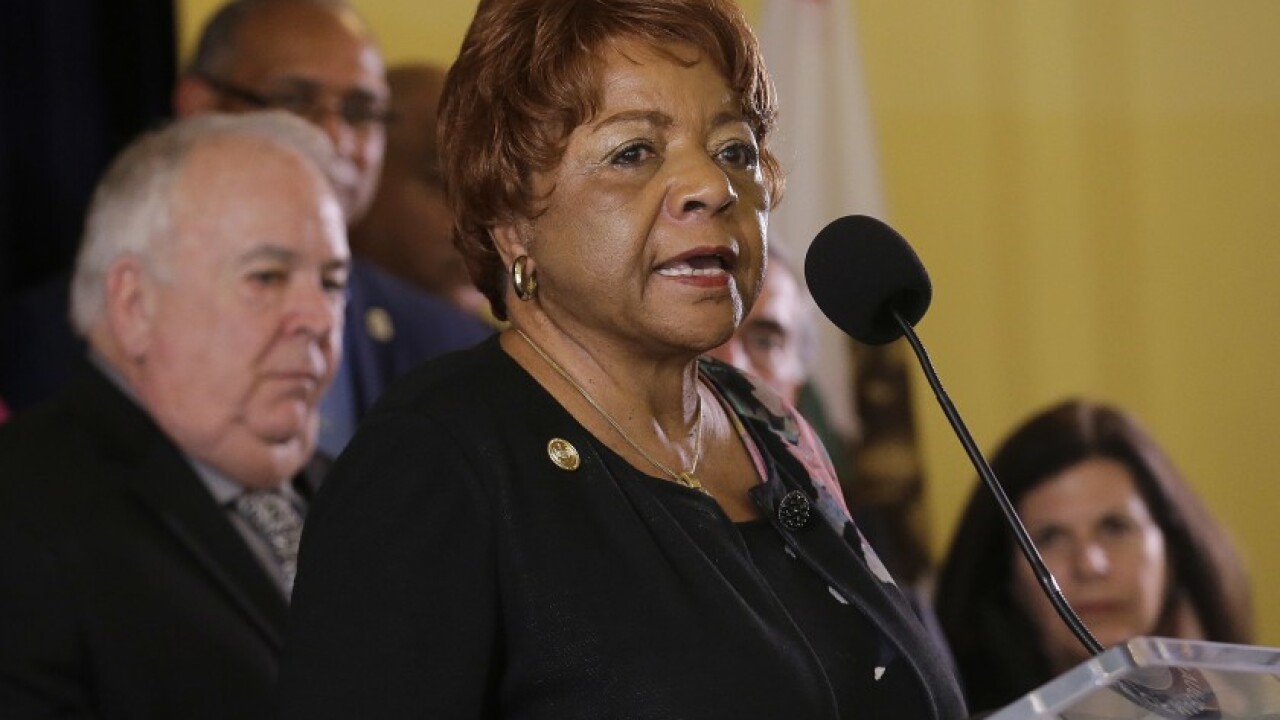 Alice Huffman, president of the California NAACP, speaks at a San Francisco news conference in support of a ballot measure to legalize marijuana in 2016.<br/>(Associated Press / Jeff Chiu)

SACRAMENTO, Calif. (AP) - The longtime head of California-Hawaii's chapter of the NAACP will resign in December after she again faced conflict-of-interest allegations involving her political consulting company.

Alice Huffman will end her tenure on Dec. 1 after over 20 years as the leader of the chapter. The 84-year-old cited health concerns as a reason for stepping down.

Campaigns for and against several ballot measures paid Huffman's consulting firm roughly $1.7 million over the course of this year's election.

Critics accused Huffman of aiding campaigns that did not hold the NAACP's values.

Huffman will continue to lead her political consulting firm and will stay on the national NAACP's board.