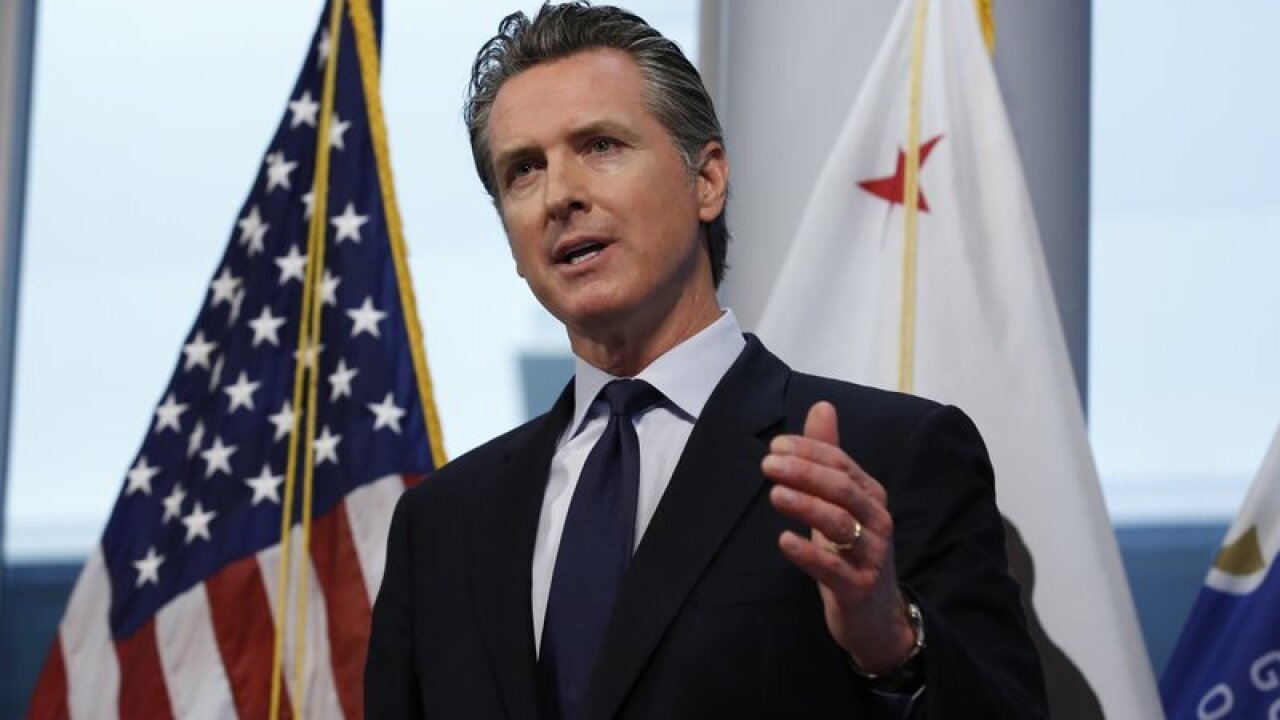 SACRAMENTO, Calif. (AP) — California Gov. Gavin Newsom and his family are quarantining after three of his children were exposed to someone who tested positive for the coronavirus, his office said late Sunday.

Newsom, his wife and four children, ages 4 to 11, all tested negative for the virus on Sunday, spokesman Jesse Melgar said in an emailed statement.

Newsom was notified Friday evening that a California Highway Patrol member who had contact with three of his children later tested positive for the virus, the statement said. The CHP provides security for Newsom and his family. It said Newsom and his wife, Jennifer Siebel Newsom, did not have contact with the officer.

The Newsoms were not tested until Sunday based on advice from health professionals “to improve the accuracy of the test,” Melgar said.

The family is quarantining at their home in Sacramento County. They will be tested regularly, Melgar said.

The governor’s quarantine comes as California experiences a rise in virus cases and as he’s imposed a fresh round of restrictions on people and businesses. Los Angeles County on Sunday announced that bars and restaurants would be restricted to takeout starting Wednesday.

A 10 p.m. to 5 a.m. curfew took effect over the weekend and officials are warning people about getting together with family and friends for Thanksgiving. Newsom, meanwhile, has faced criticism for attending a dinner party with a dozen people on Nov. 6 as he was warning people to limit gatherings.

One of Newsom’s children was already quarantining after being exposed to a classmate at school, Newsom’s office said Friday, though they did not identify which child. The whole family was not quarantining because only the one child had been exposed, the governor’s spokesman said. It wasn’t clear Sunday whether the same child was among the three exposed to the CHP officer.