Central Coast Living: Cambria's Anti-Hearst Castle is back on the market 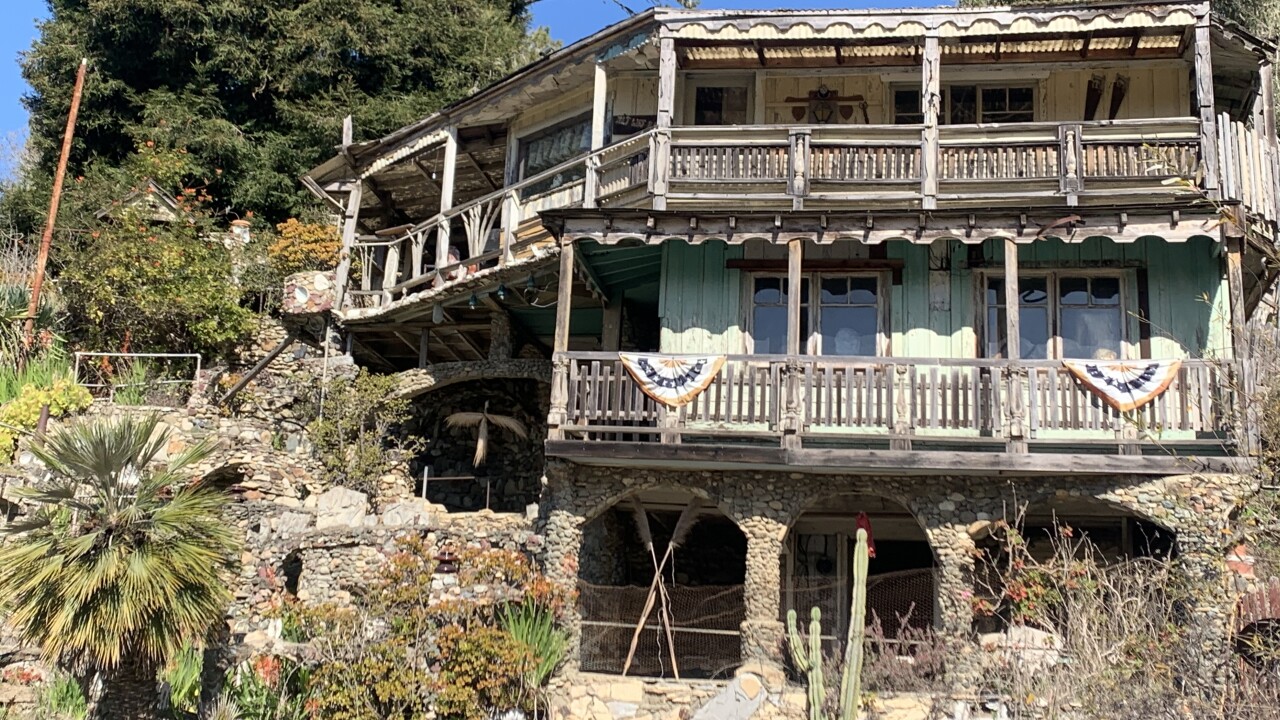 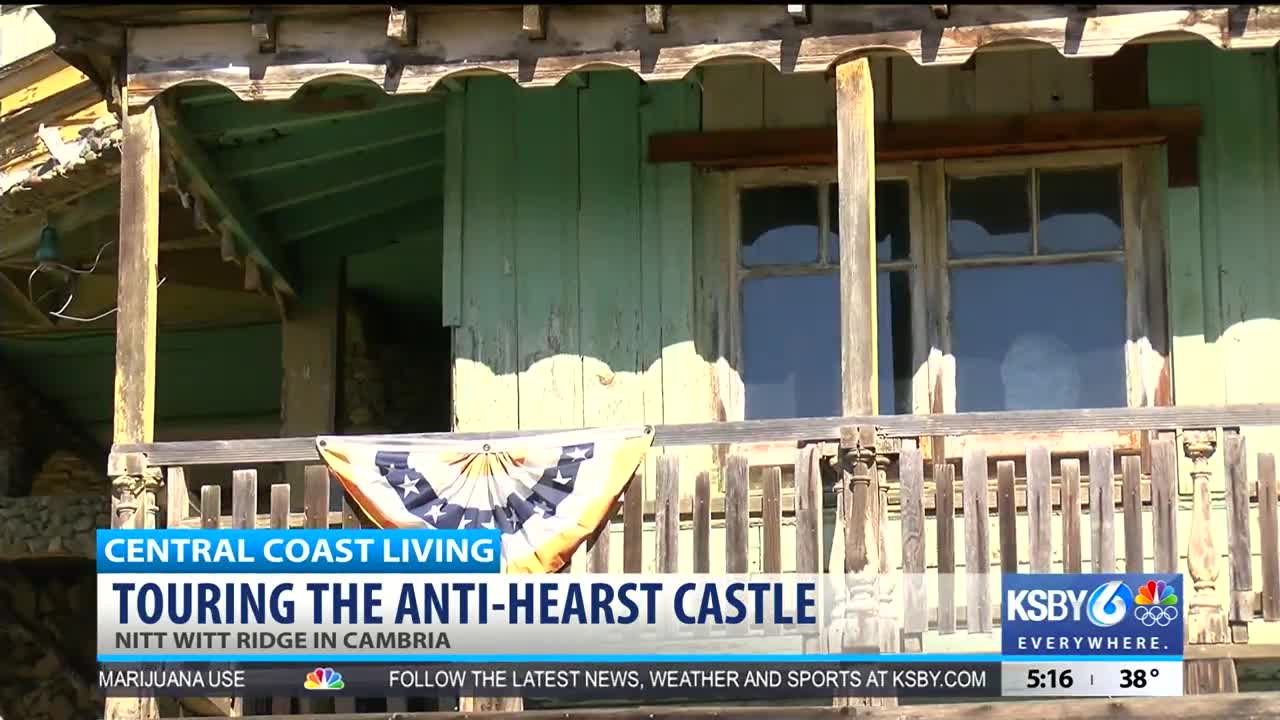 Whether you see it as art or an eyesore, Nitt Witt Ridge in Cambria is a landmark.

In fact, it is California State Historical Landmark #939. It became a state protected site in 1981.

Michael "Mike" O'Malley hangs out at the house most days to offer tours.

"I bought it in '99 thinking I'd have the Anti-Hearst Castle tour," said O'Malley.

It seems fitting that the house was created by a man with the first name Art. However, Arthur "Art" Beal was known by other nicknames around town.

"One of the nicknames he kind of liked was Der Tinker Paw. He said he liked to tinker with his paws," O'Malley told a couple touring the house. "But you know the nickname he was really known for, he didn't like that one as much: Captain. Nitt Witt."

Records show Beal came to Cambria from San Francisco in 1928 and paid $500 for the plot of land at 881 Hillcrest Dr.

The house is primarily constructed of natural and recycled materials.

"Now, he'd get all the rocks from the beach and the creek area but he also collected the pipe," O'Malley said. "He said he collected all the wood but when you guys look around it will kind of scare you."

O'Malley says Beal became an orphan at age 10 after the deaths of his Irish immigrant father and Klammath Indian mother. Beal was said to live off the land and never let anything go to waste.

"He would use toilet seats for picture frames," O'Malley told the tour group as he lifted a toilet seat lid to reveal a black and white photo of Beal.

O'Malley tells visitors Beal suffered a romantic heartbreak and after that, he started building the unconventional home. Beal worked as a garbage man for the county for 30 years, O'Malley says, and brought much of the trash he picked up from local homes back to his house.

"It's a true work of art whether you like it or not, it gets a reaction out of people both ways," said O'Malley.

As O'Malley leads visitors around the house, he often warns them to "watch your step" and "watch your head" as they walk under low rock archways.

"He was a short man. He was my size or shorter and you know I don't think he used ladders," O'Malley said. "He'd build as he'd go along. For once in my life, I feel tall around here. Everything is real short."

The odd house has sat vacant since the late 1980s and does not receive any state, county or local funding. Hundreds of visitors a year come to see Art Beal's creation.

Rancho Cucamonga couple Andrea and John Flasher stopped by during their Cambria getaway.

"It was pretty amazing," Andrea said after taking the house tour. "You know, Mr. Beal seems like he was a real recycler way ahead of his time."

"He made it work too," said John. "Somehow, he made all the cans and all the shells and all the other strange stuff go together and it's still standing."

Nitt Witt Ridge is standing with an uncertain future, though. It's been on and off the market for nine months, according to online real estate company Zillow.

The two bedroom, one bath, 1,200 square foot home is listed at $275,000. Prospective buyers should know the house does not have electricity or water.

Until the house finds a new owner, O'Malley says he'll continue giving tours every day, on the hour from 10 a.m. to 4 p.m. He legally cannot charge for tours but asks for a $10 donation per person.

The Flashers say it's worth a visit and advise people to wear sturdy shoes for walking up and down the uneven and narrow staircases.

"It's the opposite of Hearst Castle but it's kind of genius in its own way," said Andrea.

O'Malley says he understands that not everyone likes Nitt Witt Ridge but he hopes a new owner will restore the place and keep sharing Art Beal's story.

"It's like a fun place even though I know some people think it's disgusting and horrible looking but you get in here and hear his story and everything and it's like a big kid, it's like going back to your childhood," O'Malley said.