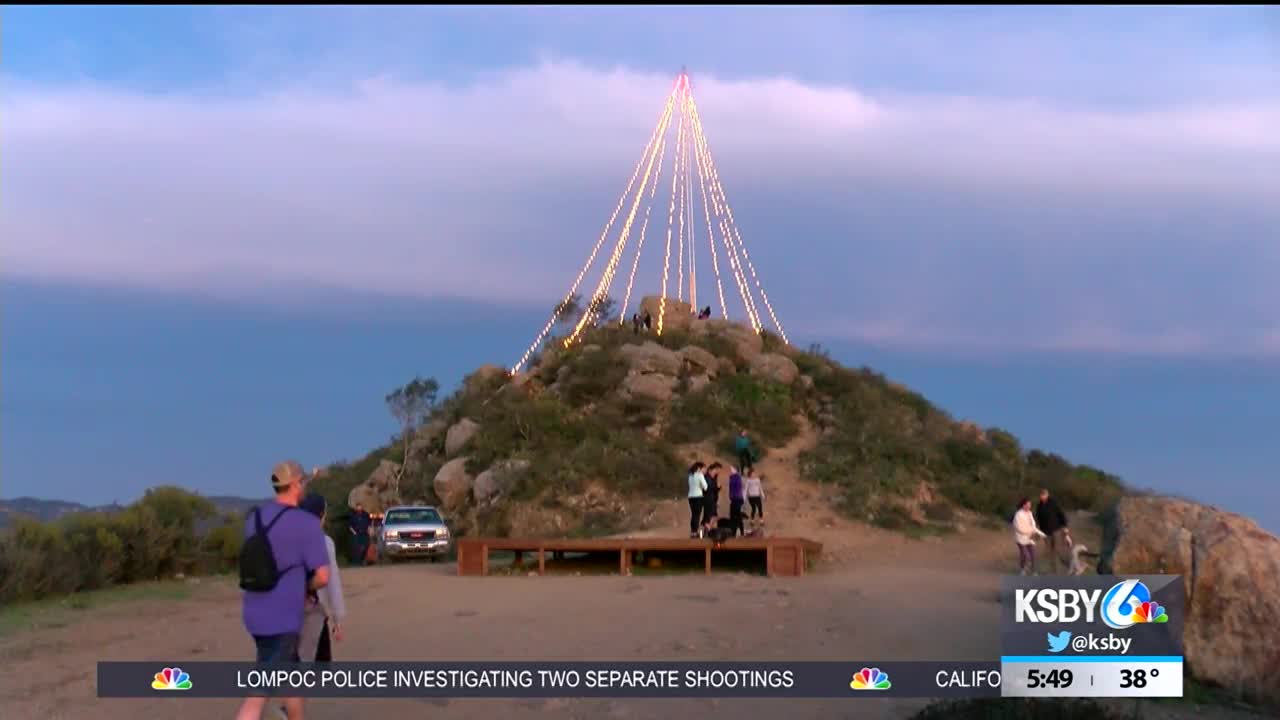 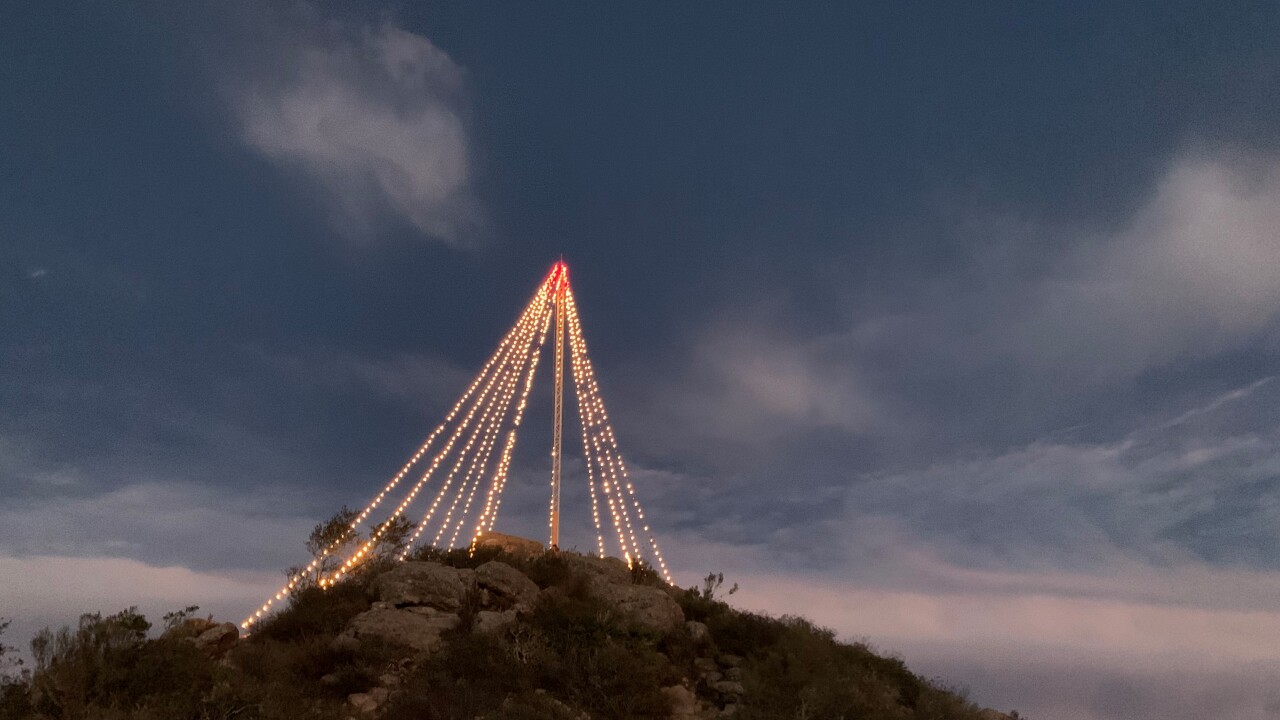 The Central Coast is know for its many hiking trails. One San Luis Obispo trail turns into a special holiday hike each December since 1975 when Alex Madonna first decided to put a Christmas tree at the top of San Luis Mountain.

The picturesque, panoramic view of San Luis Obispo is reason enough to climb to the top of Cerro San Luis but in December, "Madonna Mountain" as it's commonly known, grows nearly 60 feet taller.

"That tree first went up in 1975," said Clint Pearce, real estate manager for the Madonna family. "Alex and Phyllis [Madonna] just thought it would be a fun thing to do to put a tree on the top of the mountain to celebrate Christmas."

The Madonnas are known for being a little over the top, in the best way possible.

"That first Christmas in 1975, they even had amplified music up there that they could hear all over town," Pearce said. "It was a little like Whoville."

There's no music to accompany the tree anymore but thanks to the City of San Luis Obispo's recent allowance of permitted night hiking, hundreds of people make the trek all month long.

"It's kind of a pilgrimage almost every night of folks that hike up the mountain and visit the tree," Pearce said.

Setting up the pyramid of lights in no small feat.

"First of all, it takes a whole crew to take all of the assembly up there and erect the tree," Pearce said. "There are about 1,000 bulbs, there's 12 strands, it's about 57 feet high and it takes about a half a day for a full crew to put that tree up."

The Madonna Inn wrote in a recent blog post that it is a little-known fact that the tree's illumination is not the work of Christmas magic or a timer.

"Every night, or late afternoon, one of our employees, they drive up there, they fuel up the generator and start it up."

Then, it's lights on for the entire city to see, 44 years in a row.

Pearce says Phyllis Madonna and the Inn's team plan to keep Alex's Christmas tree tradition alive into the next decade and beyond.

"She's really, really happy that it's still there and loves seeing it every night."

Whether you make it up the mountain to see the view from the top or admire it from down below, the shining lights 1,300 feet up, inspire hope during the holiday season.

"We enjoy doing it for the community," said Pearce. "It's just a little thing we can do to celebrate Christmas."

The tree goes dark at 7 a.m. everyday when the generator automatically turns off.

If you want to hike after dark to the tree, make sure to get a free permit from the city of San Luis Obispo's website. Permits are required one hour after sunset and only 65 are available each day. Violators could be fined $561.

The tree will stay up until just after New Year's Day.