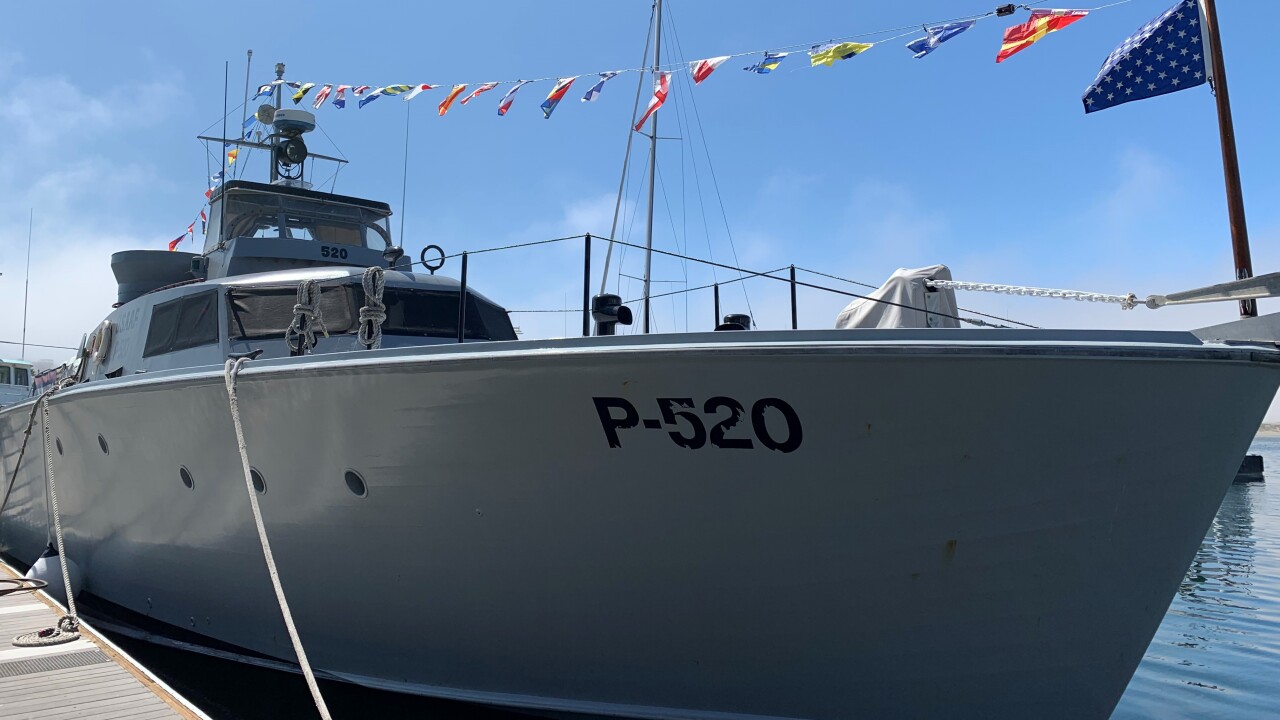 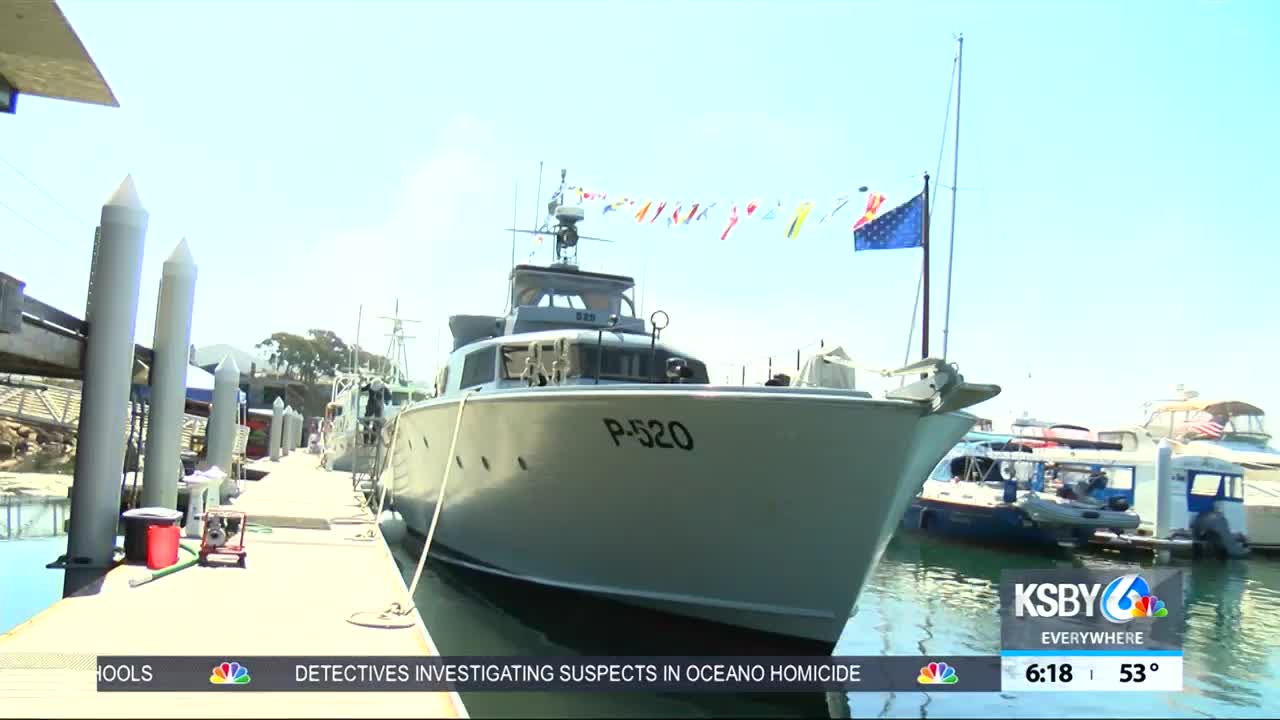 On the new docks in Morro Bay, sits a very old boat.

Robert Swain is a Morro Bay Maritime Museum board member and gives tour of what he calls an "ambulance on water."

"What we have here is an 85-foot long, 20-feet wide rescue boat. As you can see up here on the emblem it's a United States Army Air Force rescue boat," Swain said.

The WWII rescue boat arrived in Morro Bay from Long Beach at the end of June and will be on display through October 6.

"The idea was when pilots got shot down out in the ocean or had trouble and had to ditch their plane, this boat would go out and rescue them," Swain said.

Of the 144 rescue boats that were made for WWII, Swain says this is the only one in the world that looks just like it did back then.

"It doesn't look like much from outside but inside, it's pretty intense."

We climbed aboard and quickly learned how authentic the vessel really is plus, the captain's chair has a perfect view of Morro Rock.

The first stop on the tour below deck is the captain's quarters.

"The captain and the co-captain would stay down here," Swain said. "They had their own place to eat."

A little door above the dining table in the captain's quarters slides open. On the other side is the galley kitchen where Swain says the cook would pass coffee and food through to the captain's table.

In the galley, there are period-correct kitchenware and appliances, including the ship's original 1940s refrigerator that still keeps things cool for today's crew.

While in the kitchen, you can peek into the engine room where twin engines, now converted to run on diesel, propel the 75-year-old boat.

The tour will take you to see the communication quarters, where the crew slept and where patients were cared for after being rescued.

In the patient treatment area Swain explained that medics on the boat often treated victims suffering from hypothermia.

"They've probably been in the water for awhile so they got to put them in here, cover them up with blankets, try to get them back to normal temperature," he said.

Hershey's chocolate was given as a soothing, even sedating treatment for rescued patients, Swain said.

Back up top, you can climb into the machine-gun mounts and pretend you're a crew member armed to protect the ship. On board, docents will show mock-versions of the guns used on the vessel.

"We had a gentleman in here who said he shot these during the war and he have to carry them up four flights of stairs," Swain said. "I go, 'Holy mackerel! We have trouble getting them up these five steps."

It's those veteran stories and passing them onto the next generations that makes this all worthwhile.

"They sacrificed it their lives so that we could be here talking about it and having a good time," Swain said.

The Morro Bay Maritime Museum offers tours of the boat for $6 from 10 a.m. to 3 p.m. Friday, Saturday, Sunday and Monday. In order to take the tour, you must wear closed-toe shoes.

The boat is located on the dock directly down from the iconic Morro Bay stacks and Harbor Hut Restaurant.