Prop 12: California voters will have a say on farm animal confinement

Soon, California voters will cast their vote on Proposition 12, which would aim to increase space for egg-laying hens, breeding pigs, and veal calves.

It’s a proposition that builds off of Proposition 2, which was passed in 2008. That proposition intended for breeding pigs, veal calves and egg-laying hens to be raised in ways that would allow them to lie down, stand up, extend their limbs and move around freely.

Daisy Freund, director of farm animal welfare for the ASPCA, says the agriculture industry interpreted Prop 2 as still keeping animals in cages. Prop 12 intends to change that over the next two years.

The Humane Society of the United States, the ASPCA, and other welfare groups support the initiative, while organizations like the Association of California Egg Farmers and PETA are against it.

If the proposition passes, by 2020, Prop 12 would give animals more room to move around.

For a veal calf, space would be increased to 43 square feet. A breeding pig would have 24 square feet of space to freely move around. 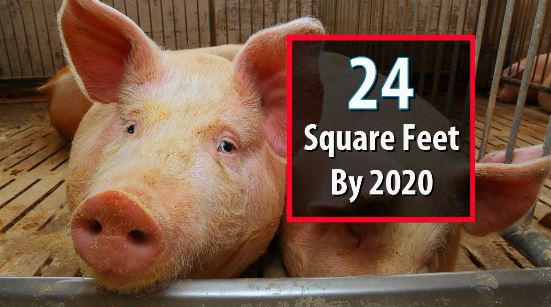 An egg laying hen would need a square foot of space, but ultimately be cage-free by 2022. 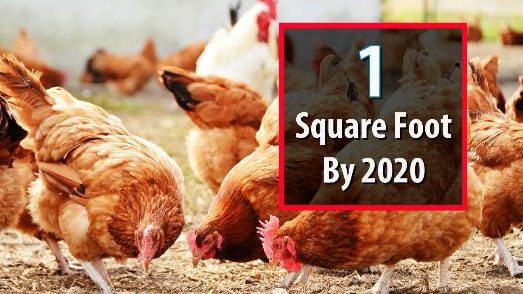 In addition, according to the proposition, eggs, pork, and veal sold into the state would also have to follow these requirements.

“This makes it the strongest animal welfare protection law in the country and even in the world,” Freund said.

According to the text of the proposition, if it passes and not everyone follows suit, there could be penalties, including fines up to $1,000.

“This actually increases the enforcement, enforceability of the cage-free fines in the state but it’s based on fines and non-compliance and then for the sale into California, it’s based on affidavits,” Freund said.

Not everyone is on board with it. Jeff Buckingham, owner of Cerro Alto Ranch just outside of San Luis Obispo says it’s not something everyone should be voting on.

“It’s trying to have the general public regulate a complex management practice in a business that is constantly evolving and changing,” Buckingham said. “I think this Prop 12, in particular, is one that just has no real place on a ballot for everyone in California to be voting on.”