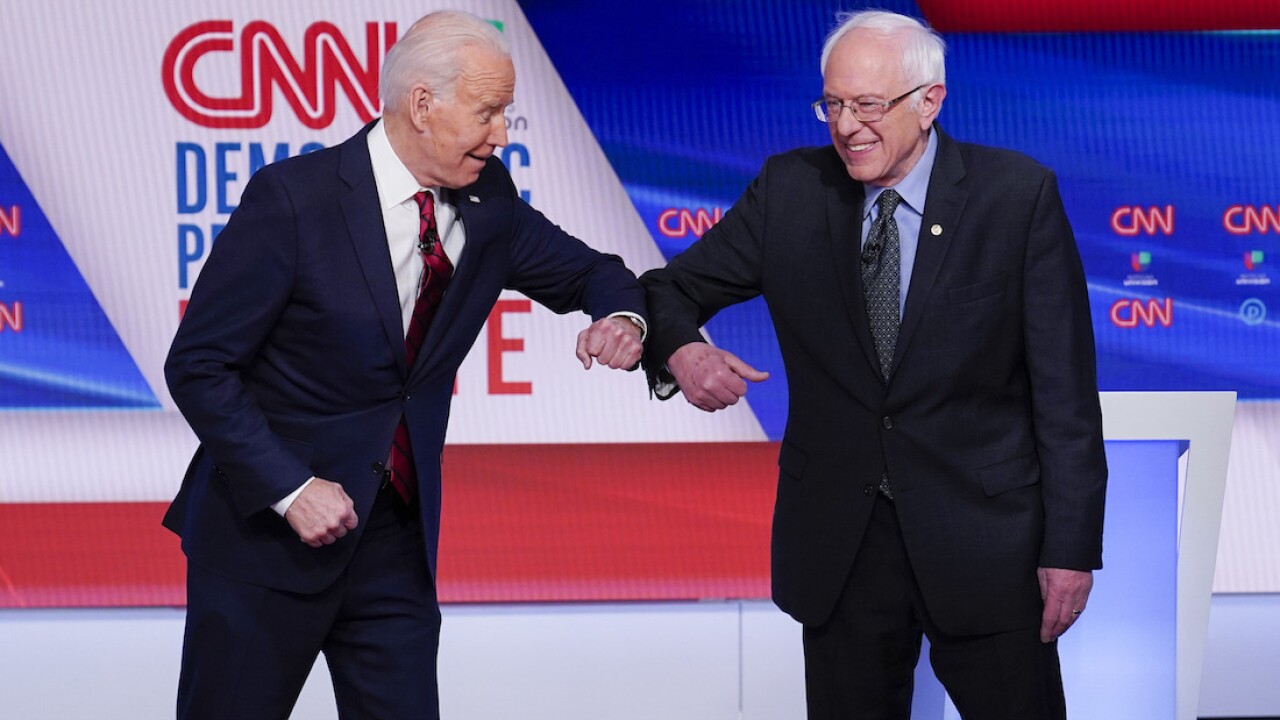 WILMINGTON, Del. (AP) — Bernie Sanders held an in-person campaign for the first time since the start of the coronavirus pandemic in March, heading to the battleground states of New Hampshire and Michigan to promote Joe Biden and soothe any lingering tensions between the Democratic Party's progressive and centrist wings.

On Saturday, the Vermont senator held a socially distanced, outdoor rally Saturday in Lebanon, New Hampshire which was capped to keep crowds from growing too large.

Sanders spoke about a range of topics, from the economy to the pandemic.

Sanders said that there are some who think the government has to make a choice between having a strong economy and protecting the American people coronavirus. He said the truth of the matter is that America won't have a strong economy if the virus continues to surge.

As of Saturday afternoon, more than 209,000 people in the U.S. have died from the virus, according to Johns Hopkins.

When speaking about the economy, Sanders said the working class is in "more desperation today than at any time since the great depression of the 1930's."

Sanders added that during the pandemic, nearly 60% of Latino families and 55% of African-American families have either experienced a job loss or a pay cut, while the billionaires of our country have profited.

On Monday, Sanders will host a drive-in rally in Macomb County, Michigan — a Detroit suburb that voted Republican in 2016 and was instrumental in clinching the White House for President Donald Trump.