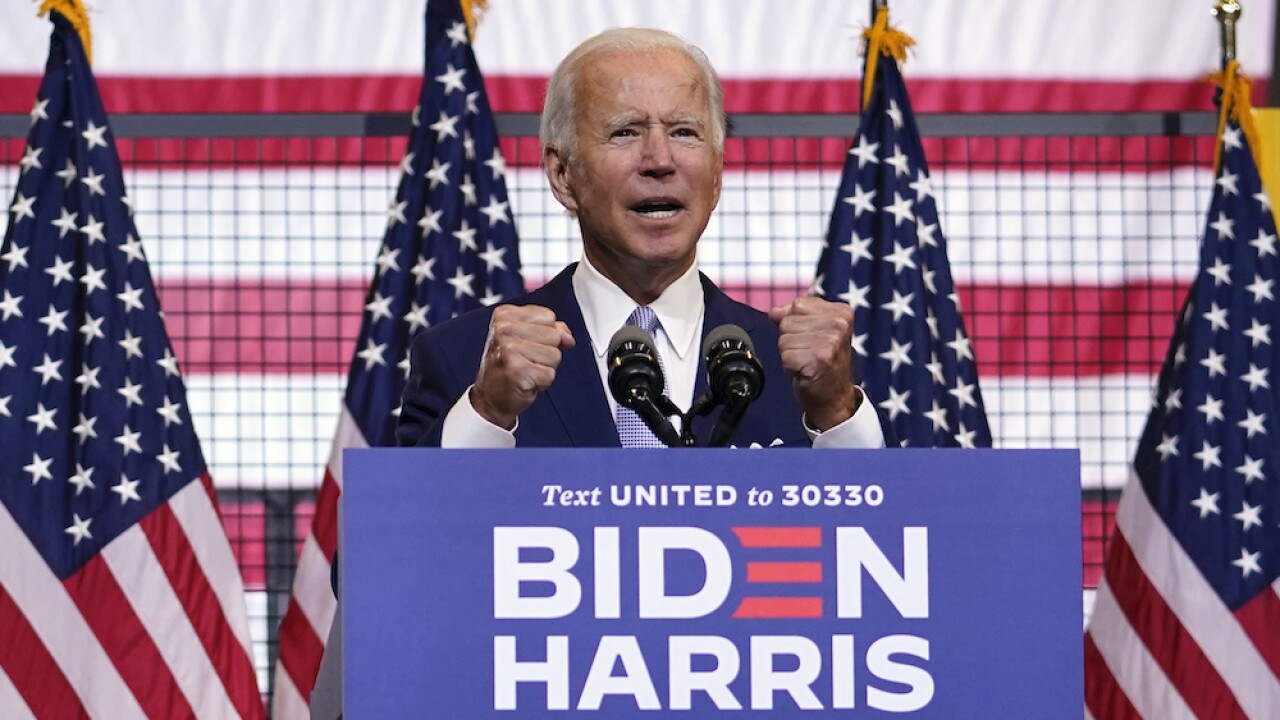 Democratic presidential nominee Joe Biden on Wednesday slammed President Donald Trump for his administration's plan to reopen schools amid the pandemic, saying that Trump is offering "nothing but failure and delusions."

Biden said he stands by a school reopening plan his campaign released earlier this summer that called for emergency funding for local school districts so they could hire more teachers, psychologists, and other social workers.

"Mr. President, where are you? Where are you?" Biden said. "Why aren't you working on this? We need emergency support funding for our schools and we need it now."

"Get off Twitter and start talking to the Congressional leaders in both parties. Invite them to the Oval Office," Biden added. "You always talk about your ability to negotiate. Negotiate a deal."

Trump has been adamant that schools across the country reopen for in-person classes his fall, and he's threatened to withhold federal funding to schools who choose to conduct classes virtually.

Dr. Anthony Fauci, the top infectious disease expert in the Trump administration, has recommended that only schools in areas where the virus is not rapidly spreading should open for in-person
classes.

Wednesday's address is the second public speech Biden has given this week. On Monday, Biden traveled to Pittsburgh to deliver a speech in which he denounced violent protests by both left- and right-wing extremists and blamed Trump for months of civil unrest across the country.