Mitch McConnell says he hasn't been to the White House since Aug. 6. 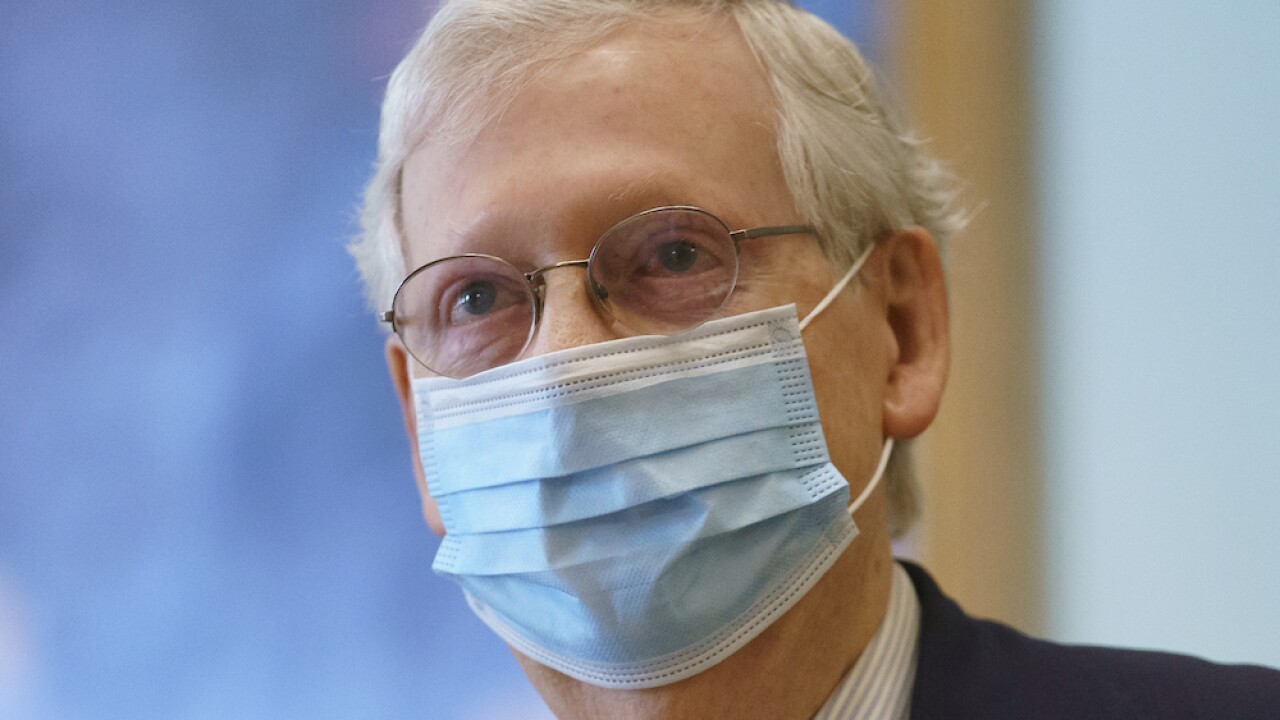 "I actually haven't been to the White House since August the 6th because my impression was their approach to how to handle this is different from mine and what I insisted that we do in the Senate, which is to wear a mask and practice social distancing," McConnell said at an event in Kentucky on Thursday.

McConnell added that he and the Trump speak "frequently" on the phone.

Given McConnell's status as the most powerful lawmaker in the President's party, Thursday's revelation was surprising. In the past two months, the Senate has been negotiating more COVID-19 stimulus and begun the process of filling a Supreme Court vacancy, all while both McConnell and Trump embark on re-election campaigns that are intrinsically linked.

Several White House officials have tested positive for COVID-19 in recent days, including Trump. While Trump has said that he supports masks, he himself rarely wears them, and White House officials are often spotted without them. In the days prior to testing positive for COVID-19, Trump ridiculed Democratic presidential nominee Joe Biden for wearing masks during a presidential debate.

Less than a week before confirming he had contracted the virus, dozens of top Republican lawmakers visited the White House to celebrate the nomination of Judge Amy Coney Barrett to the Supreme Court. While the ceremony itself took place outdoors, many later moved indoors and were photographed shaking hands and hugging without masks or face coverings. Nearly a dozen people who were in attendance at that ceremony have since contracted the virus.

USA Today also reports that after regularly testing and conducting temperature checks for visitors in the late spring and early summer, the White House eased off those protocols in recent months.

Trump was hospitalized for about three full days last weekend while battling the virus but has since said he's feeling much better. McConnell said he's also seen improvement in Trump's health.

"I think he's perfectly fine. He seems normal," McConnell said Thursday. "And we've been discussing the very issues that you all are discussing with me right now. And of course, the biggest thing that we're doing at the moment is the Supreme Court."