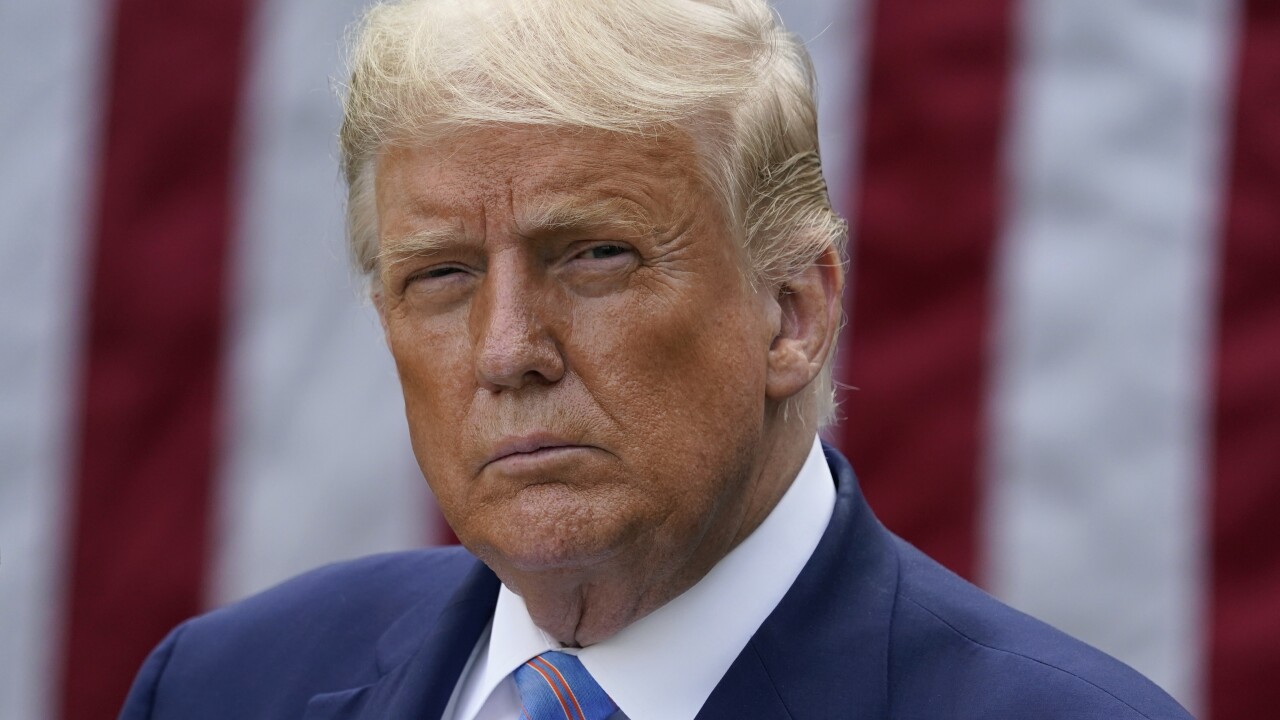 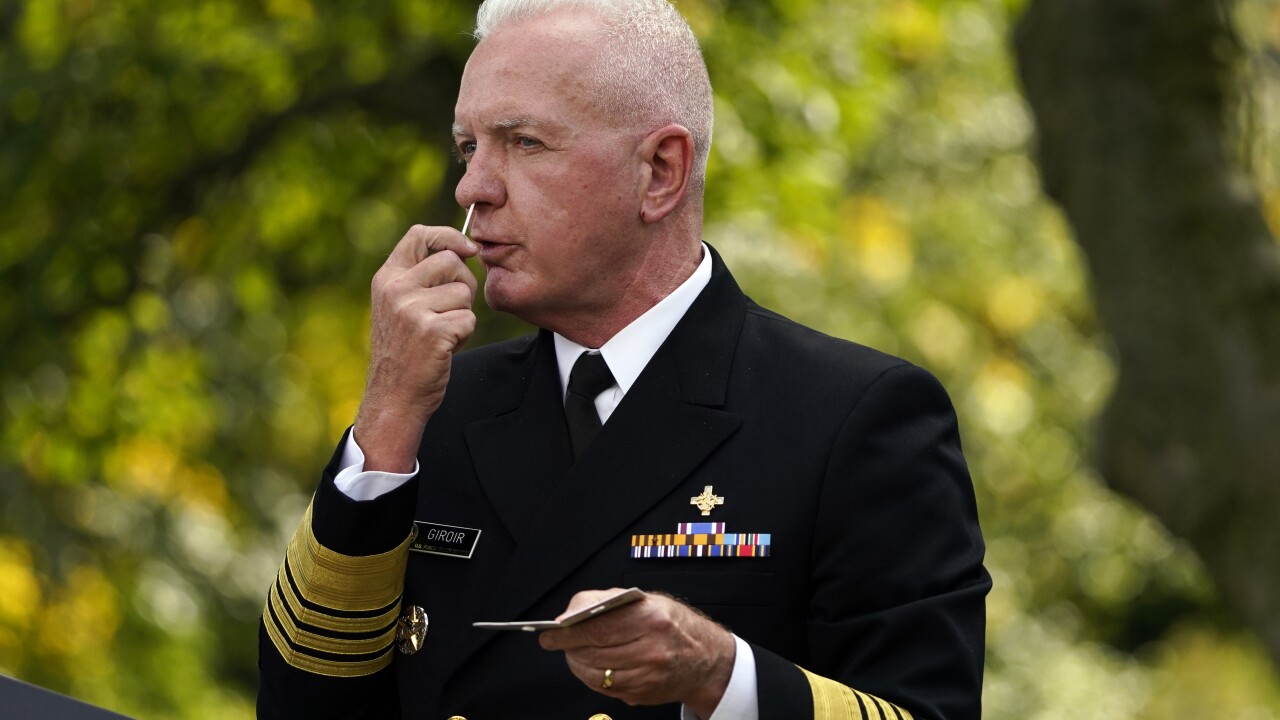 The president said 100 million tests will be given to states and territories to support their efforts to reopen their economies and schools.

“For example, the support my administration is providing would allow every state to, on a regular basis, test every teacher who needs it,” said Trump. “This continues our critical effort to use testing to protect high-risk communities.”

Trump said the new Abbott rapid point-of-care tests are easy to use and return results in minutes. He said you can get a result in a maximum 15 minutes and no machine is needed to process them.

After the president’s testing announcement, Admiral Brett Giroir spoke and actually demonstrated how the tests work.

Giroir explained that the Abbott uses a nasal swab. To administer the test, the admiral said you put six drops of liquid on a piece of paper, swab the nostrils five times each, insert the swab into the test, twist three times, pull a piece of adhesive off and wait for the results.

Giroir said it’s not a home test but can be administered in places like schools, churches or parking lots.

As of Monday, Giroir said the U.S. had performed over 111 million tests for the novel coronavirus and the nation averages about 920,000 tests per day. He said the new tests will help increase the nation’s testing capabilities.

The briefing comes a day before Trump is set to take on former Vice President Joe Biden in the first presidential debate of the 2020 election. One of the announced topics is the COVID-19 pandemic, which Biden has accused Trump of failing to adequately address.

As of Monday afternoon, the COVID-19 death toll was near 205,000, with at least 7.1 million cases confirmed in the nation, according to Johns Hopkins University. Worldwide, the death toll is nearing 1 million.

The press conference also came after a bombshell report from The New York Times, in which the publication says it has obtained more than two decades worth of Trump’s tax information.

The documents reportedly revealed Trump paid just $750 in federal income taxes in 2016 and 2017. In 10 of the 15 years before that, he paid no income taxes at all, The Times reports.

Trump did not take questions after Monday's press conference, so he didn't comment on the tax report, but he has called the reporting "fake news" in other places.