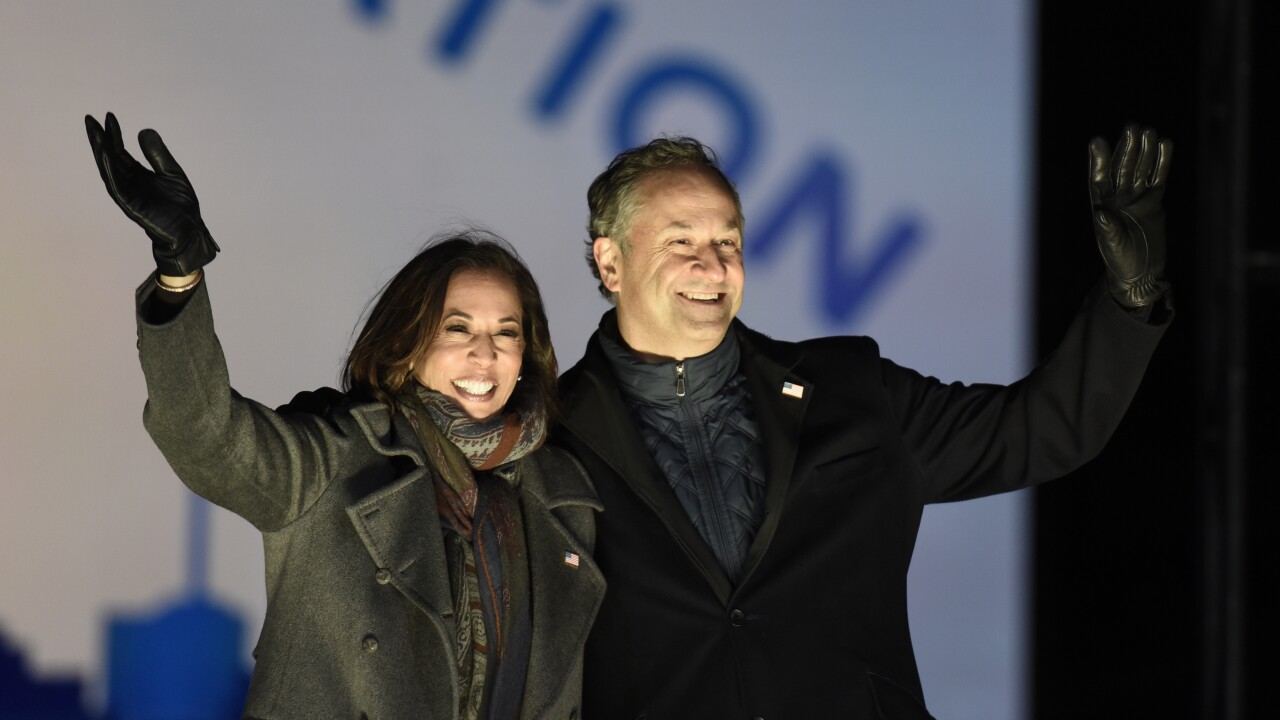 Kamala Harris is projected to become the first female Vice President of the United States. She will also be the first Black and first South Asian to hold that office. Her husband, Doug Emhoff, will set his own historic precedent.

Emhoff will become the first second gentleman of the country when Harris is sworn in. The spouse of the vice president is typically called the “second lady”, and Emhoff is the first male spouse in the country’s history.

Harris’ spouse is an entertainment lawyer and partner at the firm DLA Piper, and has been for the last few years. He took a leave of absence after Harris joined Biden’s ticket so he could focus on the campaign trail, he said at the time.

Saturday morning, Emhoff tweeted a picture of him hugging Harris saying, “So proud of you.”

During an event earlier this year, Emhoff said he would focus on “access to justice” as an issue while he serves as second gentleman. At the event, he recounted for the audience he was shocked as a young lawyer by all the people lining the halls of Los Angeles’ Superior Court who needed legal help.

Emhoff and Harris married in 2014, a year after they first met on a blind date. Harris was California’s Attorney General at the time. Emhoff has two children from a previous marriage.

On the campaign trail, Harris has shared that her stepchildren call her “Momala,” a mix of “mom” and “Kamala.”