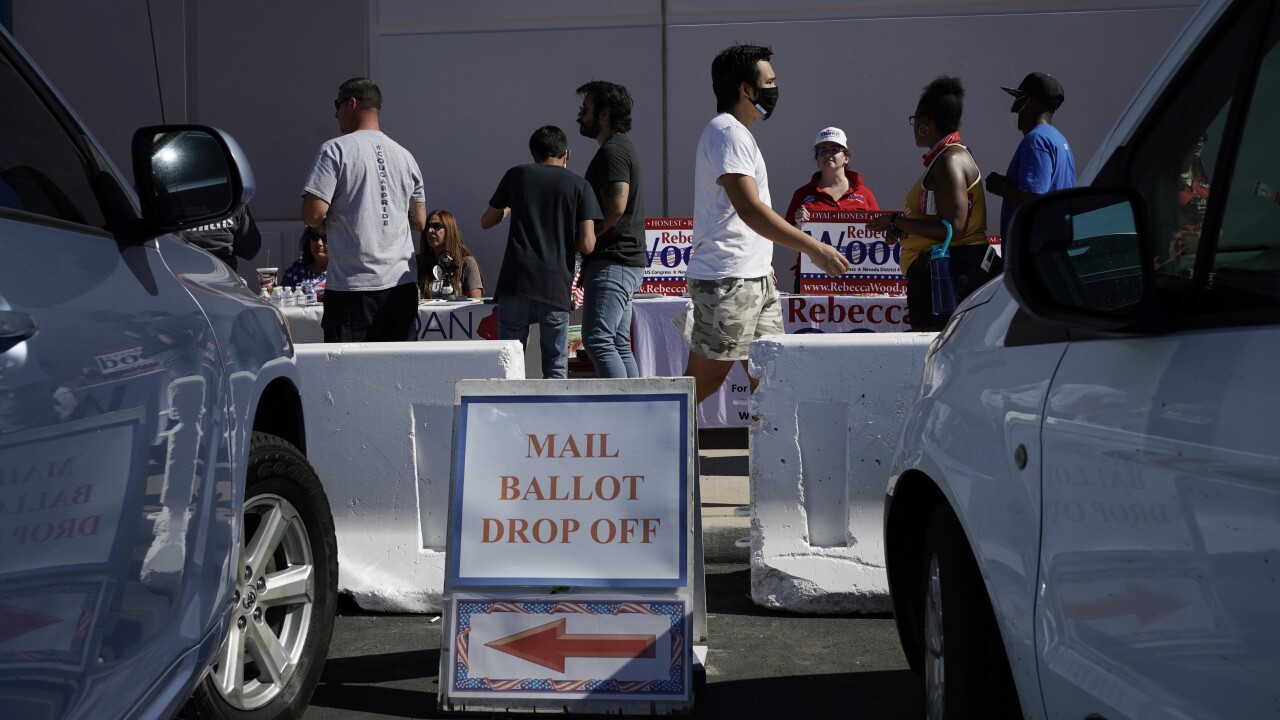 Social distancing is pushing more people waiting to vote beyond the limit some states have for keeping political persuasion away from the polls.

Within a week of Election Day, hundreds of thousands of ballots have been cast in the 2020 general election, and long lines have stacked up outside of polling places across the country.

Social distancing measures put in place to stem the spread of the coronavirus has stretched voters into longer lines, and security expert Doug Parisi, director of training with Safedefend, said the longer lines expose more people to potentially aggressive electioneers.

States have various rules about how close to a polling place any political persuasion can be, some as close as 50 feet from where ballots are cast. Beyond that limit, electioneers can yell, wave signs, and try to influence voters as they approach the ballot box.

"The biggest thing COVID has done for us is that it has spread us out," Parisi said.

He said the combination of political passions running high this year and large groups of voters on Election Day could create the recipe for emotional confrontations.

"There are organizations out there that have told their people to go vote early so you can express your voice on Election Day," Parisi said. "So there are plans to disrupt things."

Parisi said people should do several things to prepare for a potential confrontation.

First, he said to stay alert while waiting in long lines by regularly pulling your attention away from a phone or book and scanning the crowds.

"I don't mean just momentarily," he said. "I mean you actually have to make eye contact and break concentration."

Read the crowd's emotions, keep an eye out for unusual packages or bags, know the neighborhood, and identify multiple exits out of any indoor polling location.

"In situations where there is a crisis, or something happens, God forbid, you need to have an alternative," he said.

Parisi also advised voters not to engage with any electioneer.

He said talking politics while waiting to vote wouldn't help anything, but, if you get into a situation where you're forced to talk with someone, it's OK to lie.

"If you need to tell something to somebody outside just to get them to agree with that, that's my advice," he said, "just go along to get along. Once you get inside, vote your conscience."

Parisi stressed that, if a situation escalates to violence, no one should attempt to handle it themselves.

He said to tell a poll worker or call the authorities.

His final advice; vote with a group of people you know.

He said there's strength in numbers, and asking other people to vote with you would increase the number of people casting ballots.

This story originally reported by Sean DeLancey on ktnv.com.