'Vote like your vote depends on it, because it does': Harris ties SCOTUS fight to upcoming election 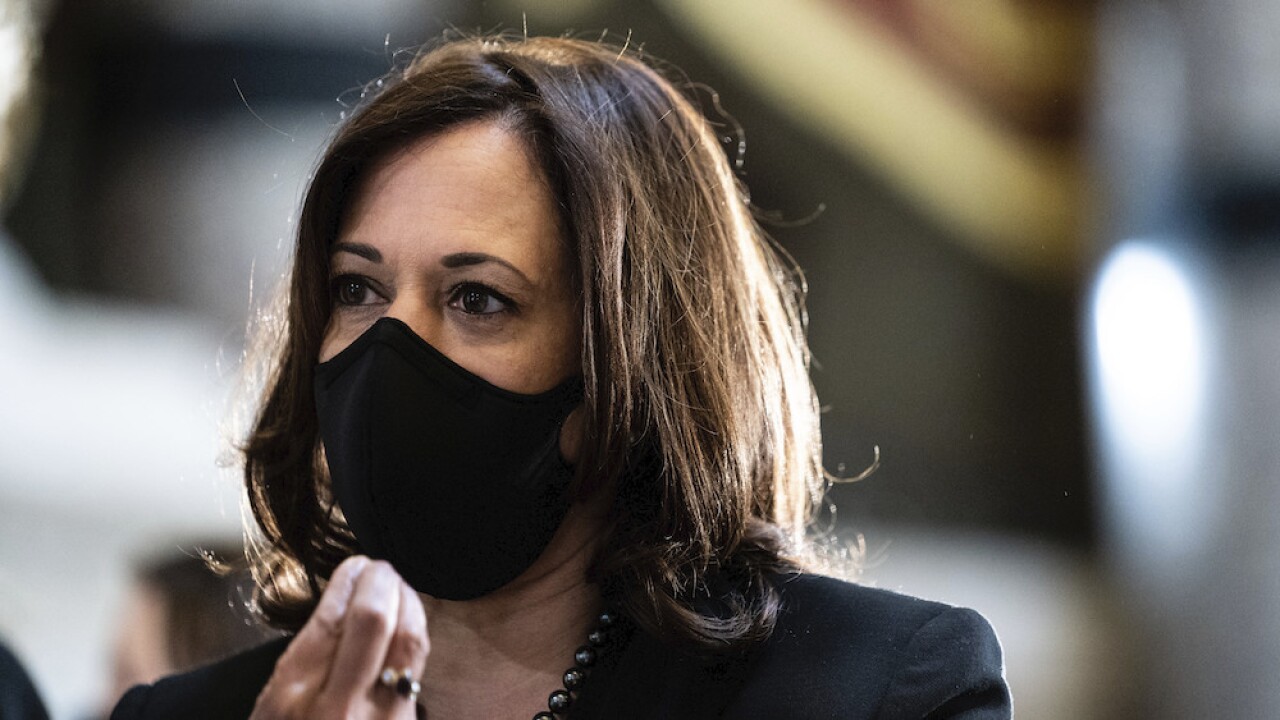 Erin Schaff/AP
Democratic vice presidential candidate Sen. Kamala Harris, D-Calif., before a ceremony to honor Justice Ruth Bader Ginsburg as she lies in state at National Statuary Hall in the U.S. Capitol on Friday, Sept. 25, 2020. Ginsburg died at the age of 87 on Sept. 18 and is the first women to lie in state at the Capitol. (Erin Schaff/The New York Times via AP, Pool)

During her remarks, Harris urged a Democratic vote in November on the basis of health care, adding that President Donald Trump's Supreme Court nominee, Amy Coney Barrett, has opposed the Supreme Court decision that upheld the Affordable Care Act. Trump is currently waging a legal battle to undo the law, and while he's promised a replacement plan, his campaign has yet to unveil one.

Harris also tied the fight for a Supreme Court nominee to the Voting Rights Act, the fight against climate change and protections for labor unions and increased minimum wage, adding that all could be at risk under a conservative Supreme Court.

Harris' remarks took place just over 24 hours before the first presidential debate of the 2020 election cycle.

Monday's press event was a rare one for Harris, who has mostly laid low since Biden selected her as his running mate in August. Both Biden and Harris have chosen to mostly steer clear of public events, as recent polls show that the pair continues to hold a lead of President Donald Trump and Vice President Mike Pence.

Harris did not take questions following her remarks.