#RanchFire (final) is 100% contained. All resources being release. 1 engine will patrol the fire tonight.

The acreage has been updated due to more accurate mapping, crews say.

CAL FIRE SLO said crews will remain at the scene for a few more hours.

#RanchFire (update) fire is approx 30 acres and 50% contained. All aircraft has been released. Crews will remain on scene for a few more hours.

The blaze has grown to approximately 30 acres.

Elms said the people who lived in the two threatened structures were given an evacuation warning.

Crews are still working on mopping up the fire. All air tankers have been released, but a helicopter is still on the scene.

#RanchFire (update) per the IC forward progress has been stopped. Crews are working on mop up and containment. Air tankers released. Helicopters still on scene. pic.twitter.com/p8fPvWzaJu

UPDATE (10:22 a.m.) – CAL FIRE SLO said the Ranch fire is now between five to 10 acres and is threatening two structures. 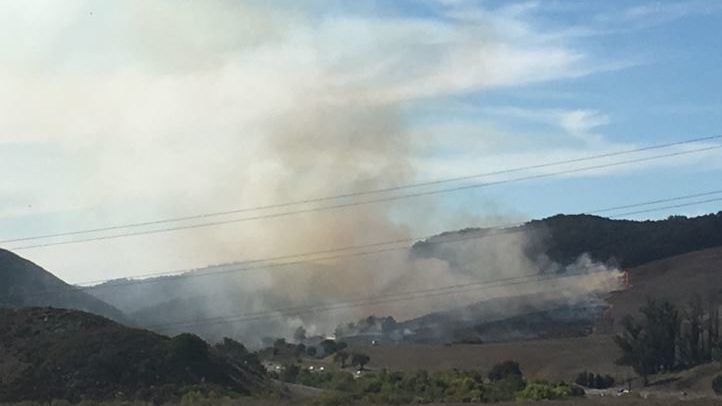 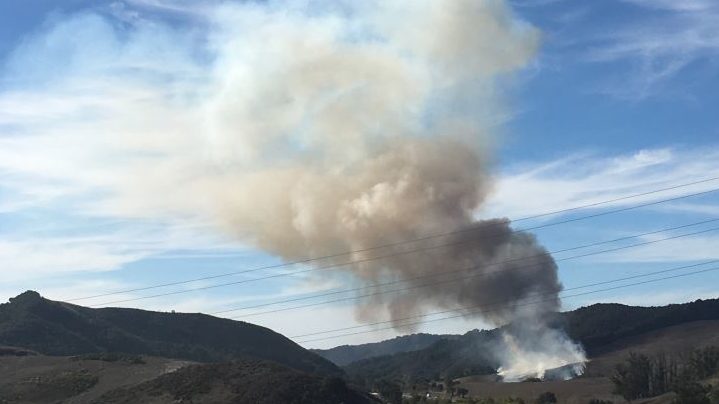 Several crews and an aircraft at on scene working to put out the blaze.

A vegetation fire started at 6295 Ontario Road threatening one structure.

CAL FIRE SLO is responding to the fire.  As of now the fire is 2 acres.

The fire is off Highway 101 and Johnson Ranch.