The fire, which was located between Cholame and Kettleman City, reportedly burned 161 acres.

UPDATE (7:25 a.m. Monday) – Firefighters are working to contain a grass fire that started Sunday night along Highway 41 between Cholame and Kettleman City.

Initial reports by CHP officers said the fire was sparked by a tire that came off of a vehicle.

Monday morning, officials with Cal Fire tweeted the “York Fire” had grown to 100 acres overnight and was 50 percent contained. The fire is no longer growing and firefighters are working to gain full containment.

Firefighters are battling a 100 acre grass fire at Hwy 41 and York Ave, 13 miles south of Avenal (Kings County). It is 50% contained and forward spread has been stopped. #YorkFire pic.twitter.com/Z9pvAoiedL

(10:38 p.m. Sunday) – Photos show a brush fire on Highway 41, between the Cholame Y and Kettleman City, on Sunday night.

The CHP traffic information page reported the fire began when a tire came off of a vehicle shortly before 8 p.m.

As seen in the photos, captured by Jason Brock, the fire began to spread. 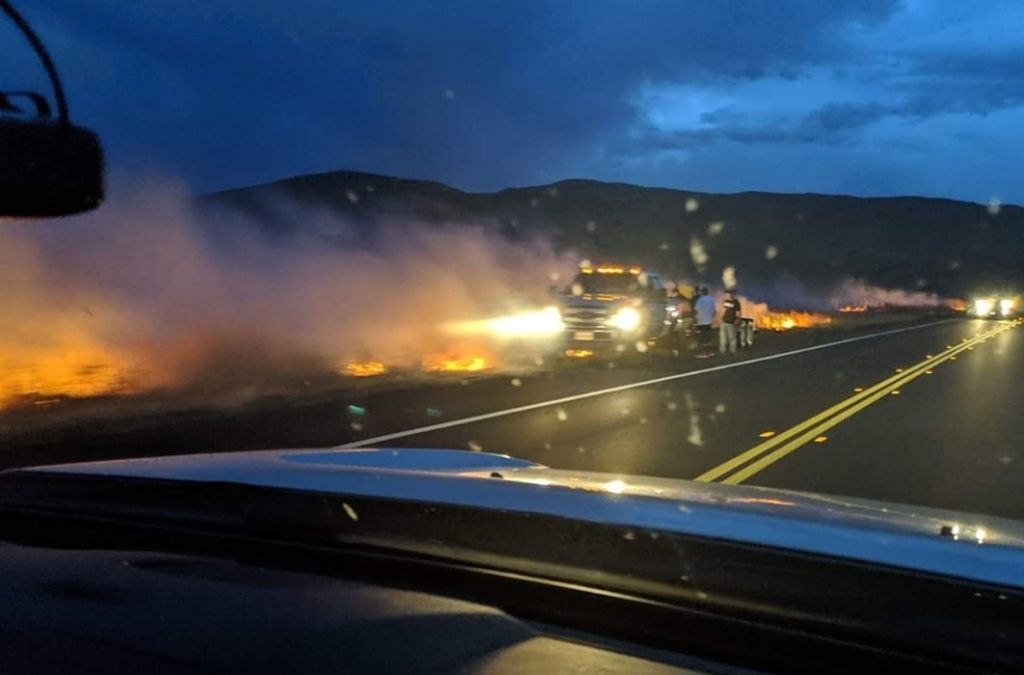 Kings County Fire Department has responded to the scene. We have reached out for further information.

According to the CHP incident page, a pregnant woman was checked for smoke inhalation.