95 acres burned in the vegetation fire which started shortly before 4:30 p.m. Wednesday on Highway 166 at Highway 101.

No word yet on the cause of the fire. Crews remain on scene mopping up. 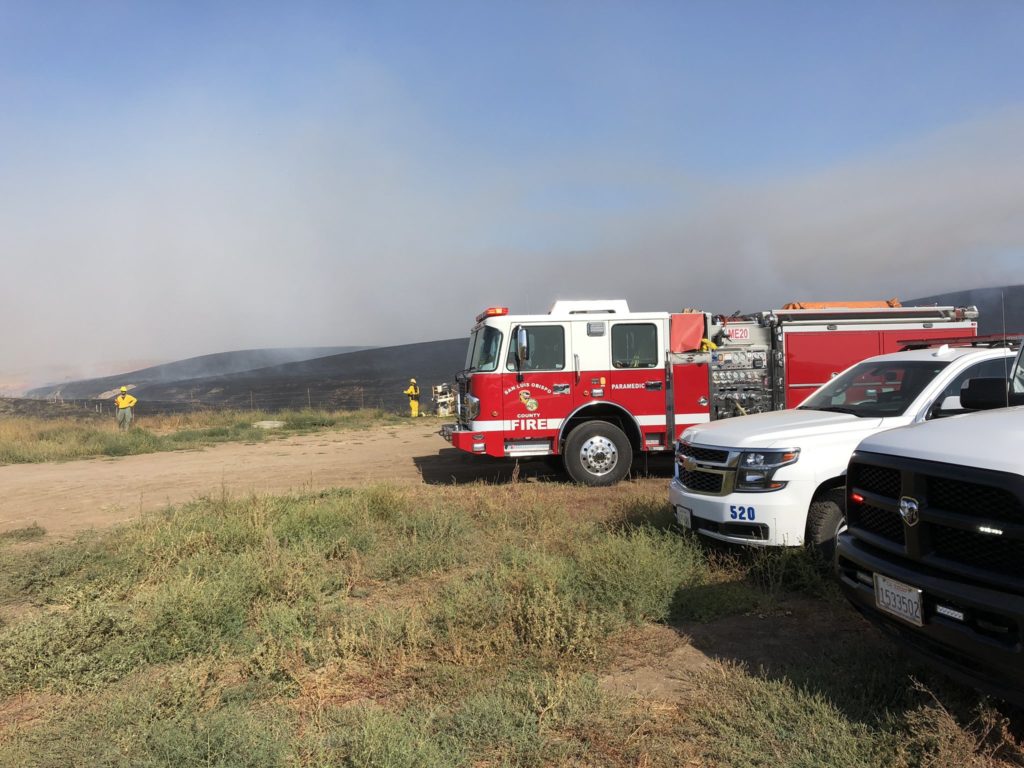 UPDATE (5:55 p.m.) — KSBY News crews on the scene of the fire say there are no active flames and very little smoke at this time.

UPDATE (5:14 p.m.) – CAL FIRE says a fire that broke out Wednesday afternoon near the Santa Maria River has burned an estimated 30 acres.

CAL FIRE aircraft, along with Santa Barbara County Fire and Forest Service firefighters were on the scene and more resources were responding the fire on Highway 166 at Highway 101.

CAL FIRE SLO says they are making good progress on the fire.

(4:47 p.m.) – Firefighters were responding to a brush fire that broke out along the Santa Maria Riverbed on Wednesday afternoon.

Multiple fire agencies were on the way to the scene.