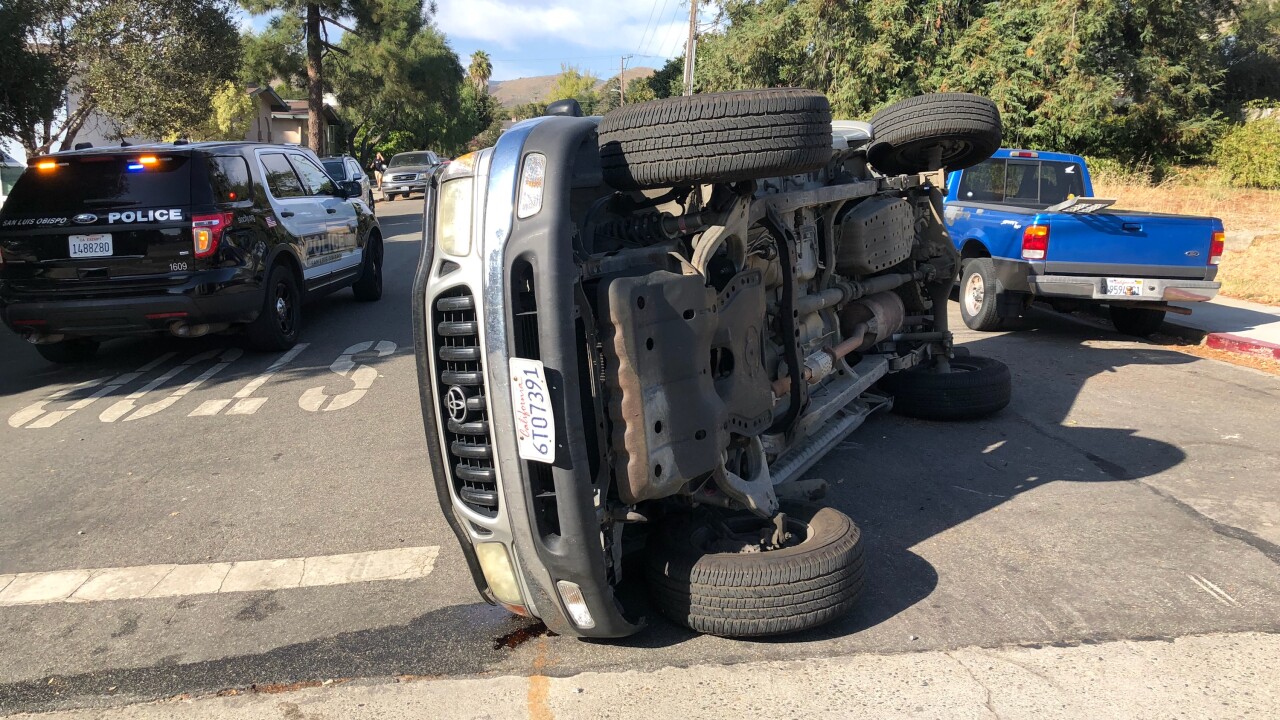 One person was injured in a crash Friday afternoon in San Luis Obispo.

First responders responded shortly before 3:30 p.m. to the scene of the crash in the area of Fredericks and Kentucky streets where a truck had landed on its side.

Officials said two people were involved, but only one was hospitalized. Their injuries were were said to be non-life threatening.

A dog involved was also OK.