20+ citations handed out by CHP during morning commute near Buellton 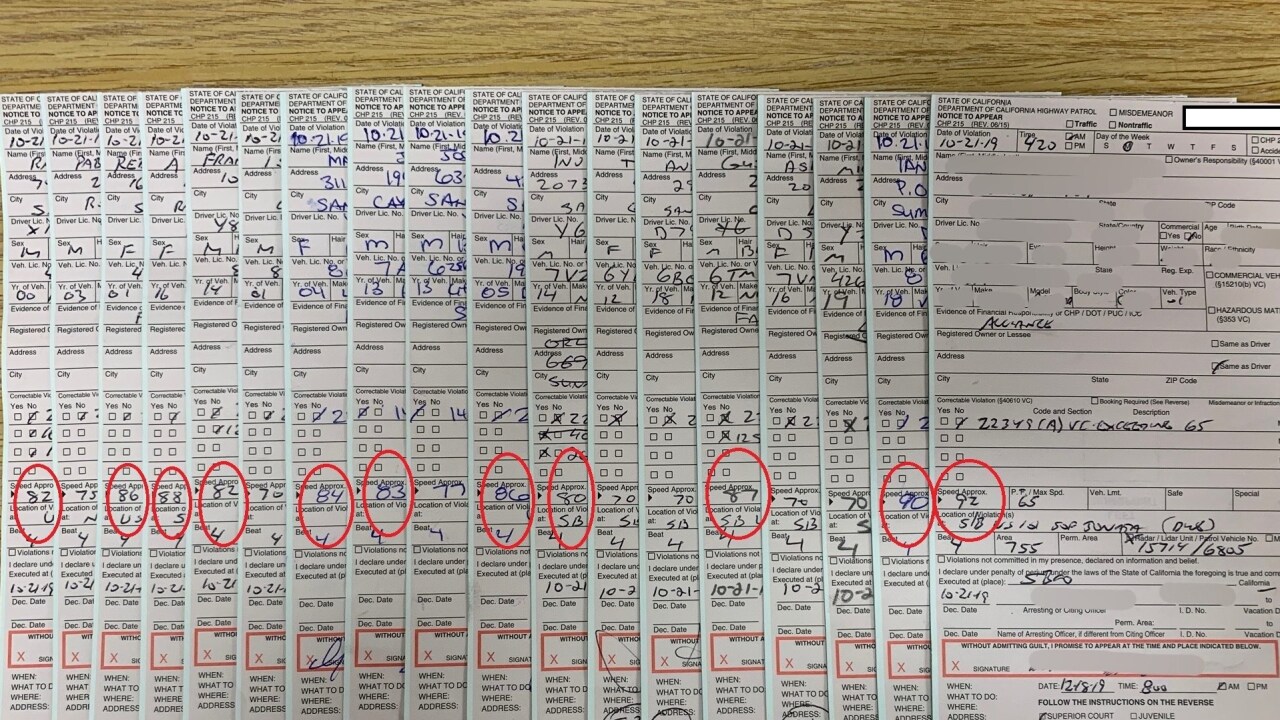 Once again, California Highway Patrol officers hits the streets near Buellton to crack down on speeding drivers.

During the latest enforcement detail, which took place from 4 to 7 a.m. Monday on southbound Highway 101 between Highway 154 and Buellton, officers say more than 20 stops were made just for speed.

In a photo posted to social media, those speeds appeared to be between 70 and 92 mph.

In all, 23 citations were handed out and five warnings given.

CHP has been holding multiple enforcement details lately in and around the Santa Ynez Valley.