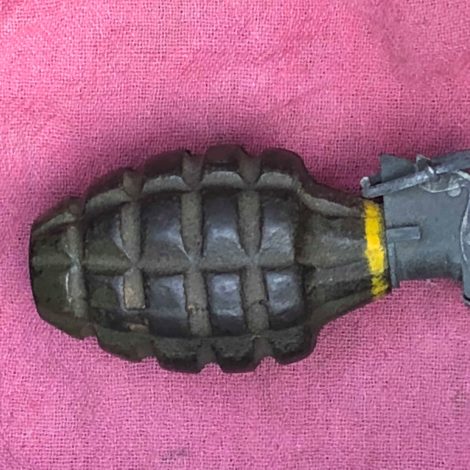 The resident believed the grenade belonged to their deceased grandfather, who is a WWII veteran.

Officials say the grenade was believed to be live, so deputies evacuated the surrounding area of Tajo Dr. in Santa Barbara. A Sheriff’s Bomb Team member responded and collected the grenade for disposal.