UPDATE: Santa Barbara police say the man has been identified and contacted by detectives. The investigation is ongoing. No other information was immediately available.

ORIGINAL STORY: Santa Barbara police are seeking the public’s help to identify a man who picked up a wad of cash from the floor of a pizza parlor and didn’t turn it in.

It happened on Monday, Oct. 22, at Rusty’s Pizza Parlor on State Street.

Police say a man who had been eating at the restaurant accidentally dropped the cash on the floor as he was leaving.

According to investigators, surveillance video shows that another man in the restaurant picked up the cash and walked out. Less than a minute later, they say the victim returned to the restaurant to search for his missing money. The man who picked up the cash also returned and reportedly noticed the victim looking for his money but did not make any effort to return it.

Because of that, police say the man could face a charge of misappropriation of found property. 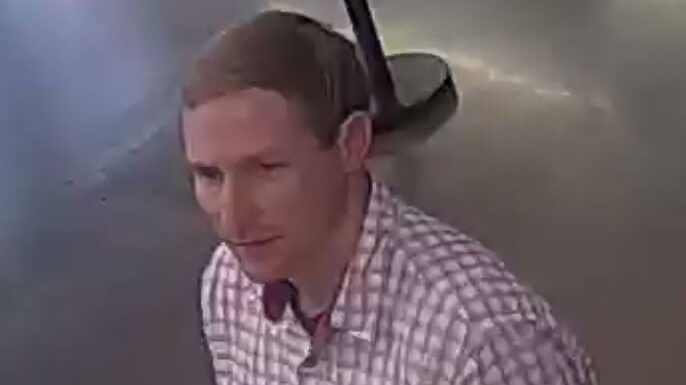