He was reportedly discovered to be missing during an inmate count on Tuesday morning.

CMC officials say Hall was a minimum-security inmate who was assigned to work in the prison garage. He was last seen at approximately 10 a.m.

It’s believed he stole a prison van described as a white 1997 Ford Aerostar with a California license plate number of E431260. 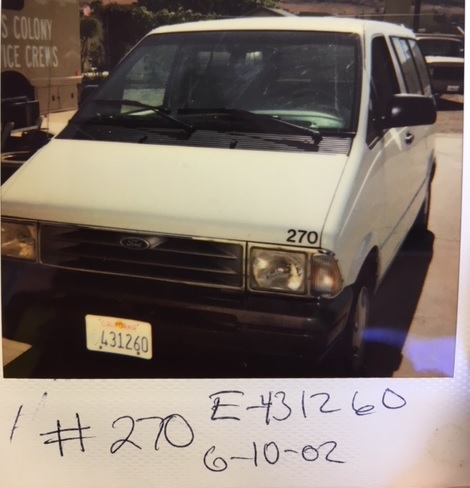 According to CMC officials, Hall was serving a five-year sentence for second-degree robbery out of Los Angeles County and was scheduled to be released on parole in December 2019.

Anyone with information about Hall’s whereabouts or who may have seen the van described above is urged to call 911.

CMC officials add that all staff and other inmates have been accounted for, so it’s not believed Hall took anyone with him.

(11: 52 a.m.) – Officials at the California Men’s Colony say they are actively conducting an emergency count to confirm that an inmate escaped the prison on Tuesday.

At this time, officials say they are operating under the presumption there has been an escape but are conducting the count to make sure.

No other details were immediately released.

In the meantime, authorities across the county have been on the lookout for a van that was reportedly stolen from the prison.

The California Men’s Colony is located along Highway 1 just outside San Luis Obispo.