UPDATE (11:05 a.m.) – The California Highway Patrol arrested a driver who rolled his car off Highway 101 in San Luis Obispo on Wednesday morning.

The car, which was traveling southbound, reportedly rolled four times before crashing through the fence next to Madonna Meadows.

The driver, identified as Angel Humberto Vasquez of Santa Maria, was arrested on suspicion of DUI.

He reportedly suffered only minor injuries. 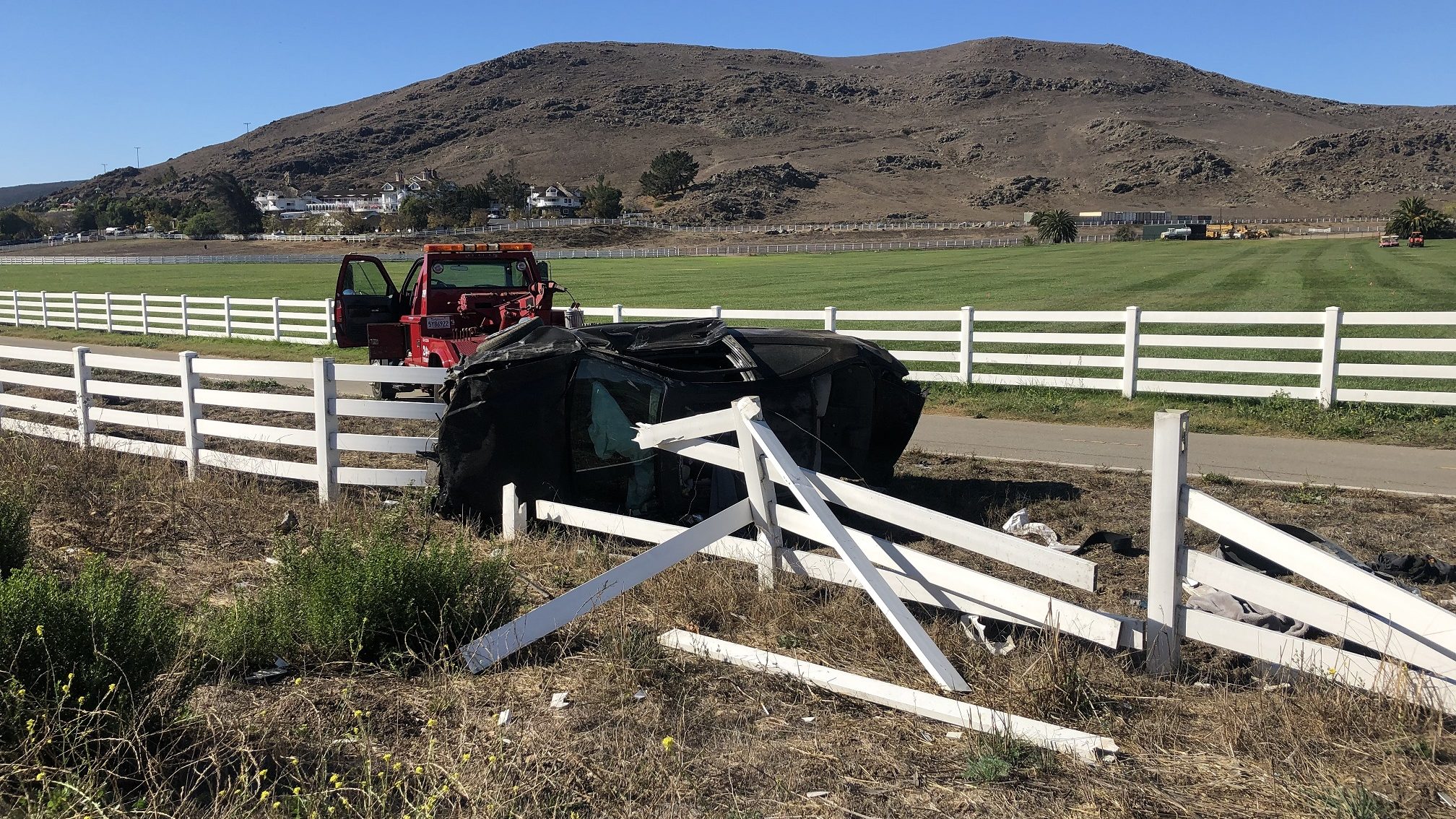 CHP officers arrested the driver of this car which crashed adjacent to Madonna Meadows in San Luis Obispo. (KSBY photo)

The California Highway Patrol reports it happened at about 9:50 a.m. south of the Madonna Road offramp.

The driver was reported to be out of the vehicle.