A nearly $3 million bike path in San Luis Obispo is in discussion, but several on the Active Transportation Committee questioned why it is a high priority.

The path, which would begin on Calle Joaquin off of Los Osos Valley Road, is less than a mile long and would connect to Froom Ranch. The project would cut through the proposed San Luis Ranch development area.

The .85 mile trail would cost $2.91 million. Nearly 59 percent of the funds would come from allocated general funds and grants, 16 percent from the San Luis Ranch development, 25 percent from the city traffic development impact fee program. Target has also pledged $250,000 to the path.

On Thursday, the committee met to discuss the three alternatives of the path, but not everyone was excited for the proposal. 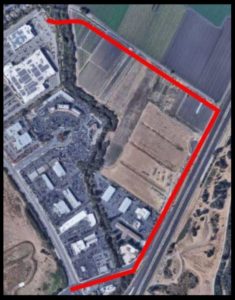 “This is very much a recreational trail,” said committee member Jonathan Roberts. “This is for somebody who is going to go for a jog after work. I’m not sure why we’re looking at.”

“Definitely something I’m interested in exploring is if we can spend the money in another way,” said member Ken Kienow. “If we can’t then there is no way I’d put this anywhere near the top of the priority list.”

Both Roberts and Kienow voted against sending the project to San Luis Obispo City Council, but five others voted in favor of it. All agreed that there are concerns about the project’s priority. The council will discuss the proposal Dec. 4.

It still fits in the committee’s long term bicycle and pedestrian goal, connecting the Bob Jones Trail with downtown and the Laguna Lake area.