Gap is closing hundreds of stores at malls across the country, including the store in downtown San Luis Obispo.

Gap is one of the several stores owned by Gap Inc., which includes Banana Republic, Old Navy, Athleta, Intermix and Hill City. Gap Inc. has more than 3,000 stores around the world.

According to CNBC, in the fiscal third quarter, sales at Gap stores open for at least 12 months fell 7 percent. 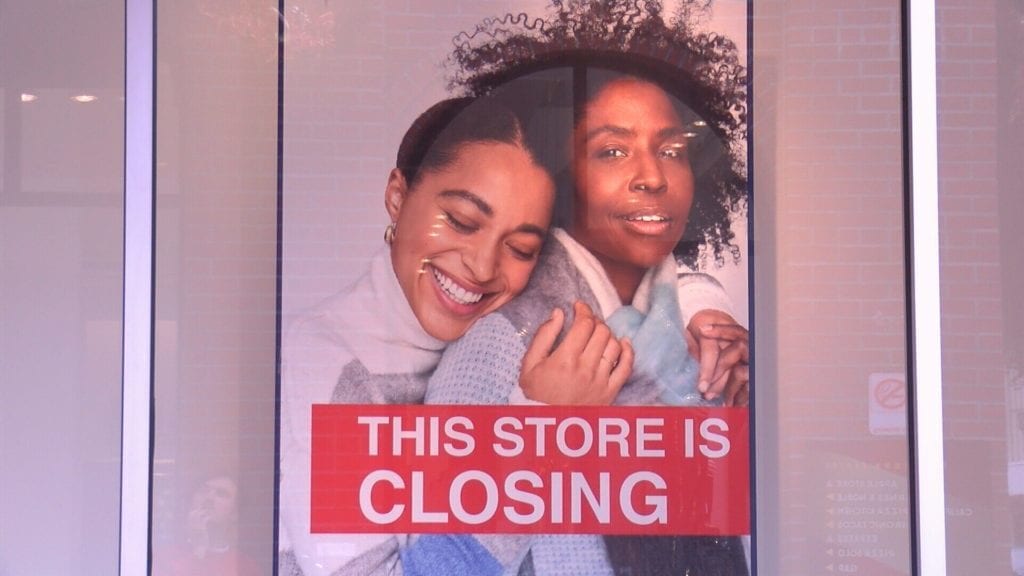 The Gap store in downtown San Luis Obispo is one of the several stores closing across the country. (KSBY photo)

As it prepares to shut its doors for good, the Gap store in downtown San Luis Obispo is promoting storewide sales up to 50 percent off. Even the store fixtures are up for grabs if you ask for a store manager.

They have not announced the store’s last day.