A former resident of Paradise is spending Christmas in a new home in Cambria after his house burned to the ground in the Camp Fire, but his one belonging that withstood the blaze is bringing him hope.

Matt Wedin fled with his mother and pet chameleon last month when the fire broke out. He returned to Paradise Saturday after he was evacuated about five weeks ago and what he found stunned him.

“There’s nothing left other than the fireplace,” Wedin said. “Nothing. Even the metal melted and rusted.”

The Camp Fire, which burned over 153,000 acres and killed at least 86 people, had leveled Wedin’s home.

Wedin plunged his hands into the ashes, sifting for anything recognizable, and found a literal symbol of peace and hope: his porcelain nativity scene. 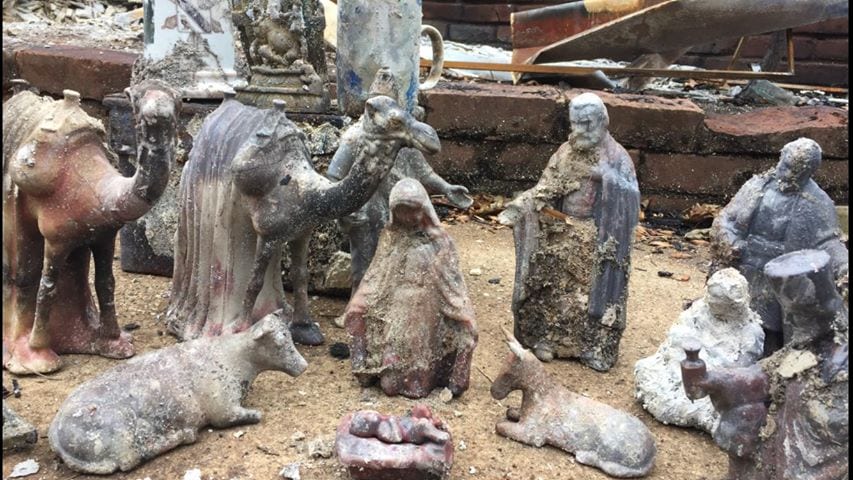 “In the garage, I sifted through the ashes and mud and the only thing I found fully intact was the nativity scene,” Wedin said. “The roof collapsed, the foundation, but that was in the garage and next to it was a metal table saw fully rusted and broke. It is incredible.”

With his lone possession in hand, Wedin drove down the coast to Cambria to rebuild.

Days before Christmas, in the midst of such heartbreaking loss, Wedin can’t help but trust it will all be okay.

“I feel like when I found the nativity scene, it was kind of a message from God,” he said. “There is a higher power, there is hope at the end.” 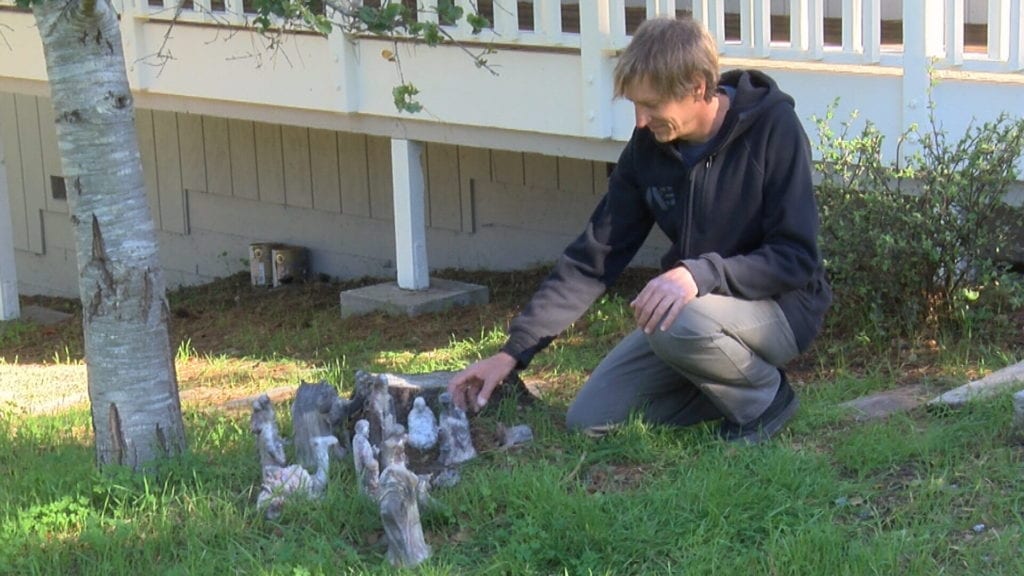