Nick Wapner, 19, is from Palos Verdes but attends Cal Poly.

Nick Wapner says he’s lucky to be alive after his favorite past time activity quickly turned into a near death experience.

“I just felt this incredible pressure on my legs and I could hear all the fiber glass and foam breaking ,” said Wapner.

“The head of the shark was this big and I saw 80 percent of the body and it was just massive,” said Wapner.

Wapner said that pressure was a great white shark biting down on his legs.

Adrenaline rushing, he immediately went into fight mode kicking the shark in the nose and wrangling his foot from it’s mouth.

Wapner, who says he is an experienced surfer, was helped by a friend. He was able to swim ashore and get to a local hospital.

He was taken to Sierra Vista Regional Medical Center in San Luis Obispo where he received about 50 stitches.

“I got really lucky I got off it didn’t clip any arteries or else I don’t think I would be here now.”

He says the shark was a great white and was about 15 feet long. 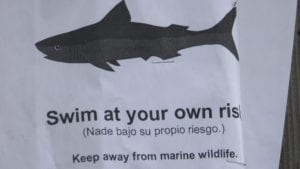 WARNING: Some of the photos below are graphic. 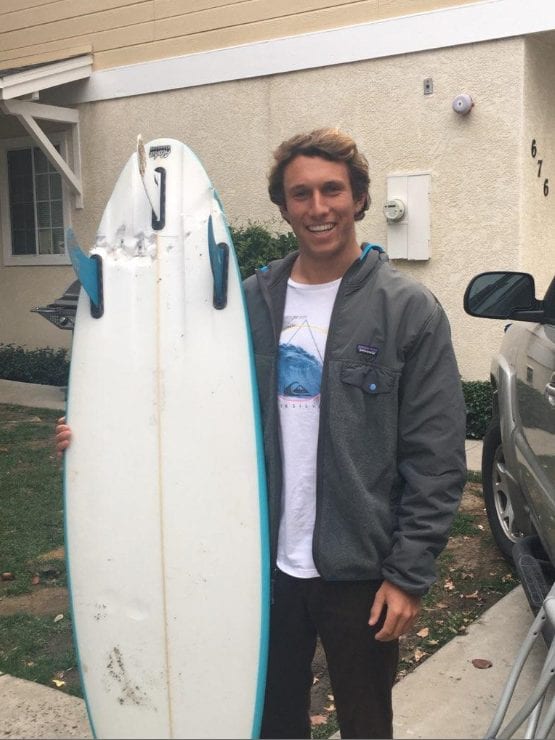